Our hairstyle is the reflection of our inner world. The model, TV personality and actress Ruby Rose, who was born and raised in Australia, changes her hair style so often that her colleagues gave her a nickname “chameleon”. She is fluent and changeable in everything; she even called herself as “gender fluent”. Ruby Rose hair changes all the time and each time it looks perfect. Let’s consider the evolution of Ruby Rose hairstyle. 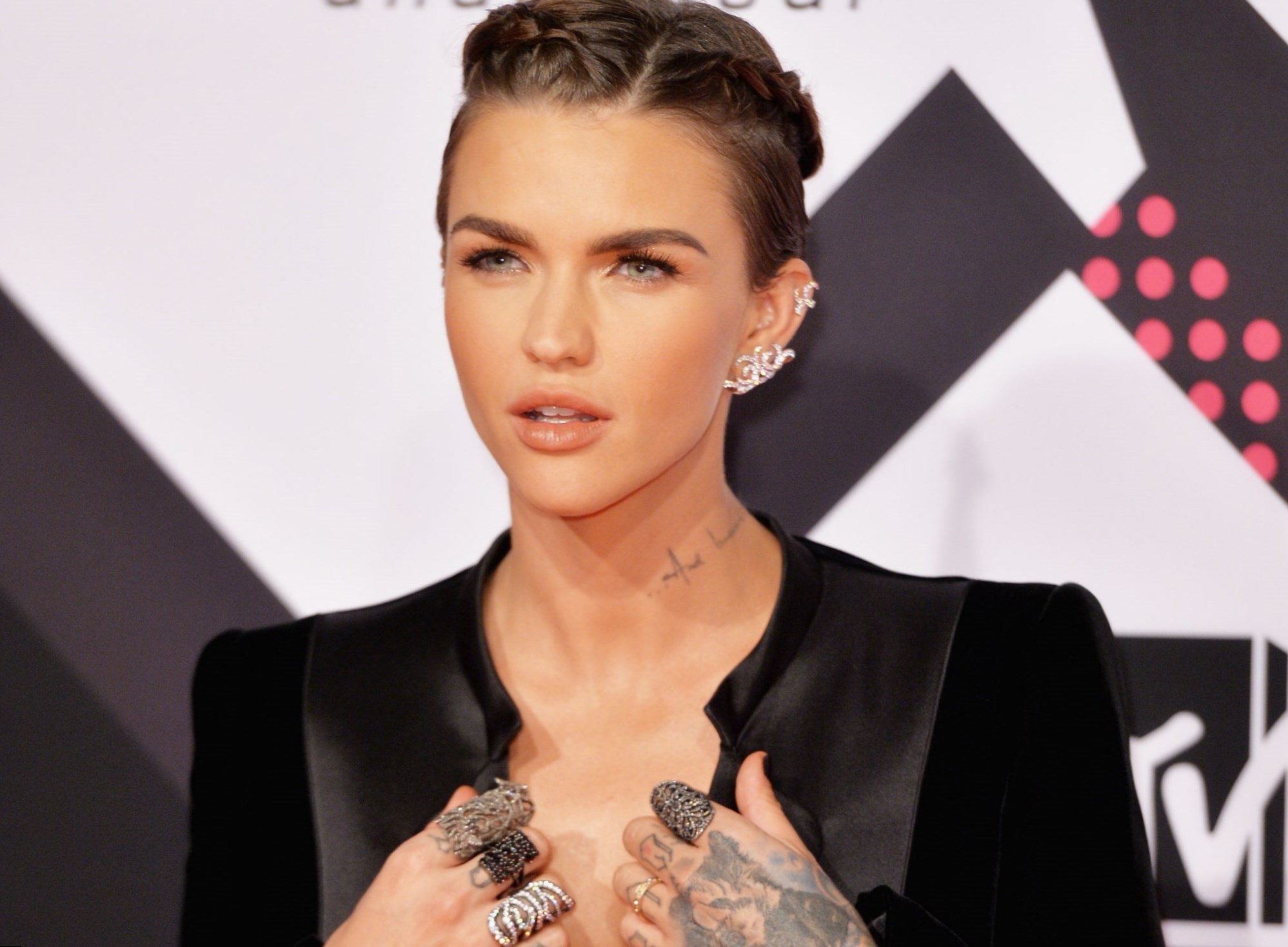 1. The first photo of Ruby Rose, which appeared in press, was made in 1998. The girl in her teens looked slim and tall. He had long fair hair and made a small ponytail on the top right of her head. Hairstyle of a future star was very careless, surely she made it in a hustle. It seems that the teenager did not care about her look and hated her body. Ruby later admitted in an interview that from her teens she began to save money for a gender transition surgery. 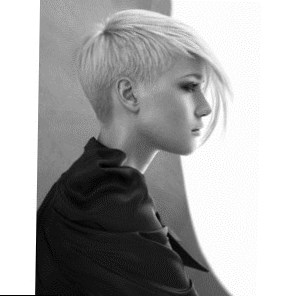 2. Ruby Rose started her career in 2002, when she occupied the second position in the model contest, arranged by the fashion issue “Girlfriend”. She had already discovered that she was lesbian and her look was gender neutral. Probably, that’s why Ruby Rose short hair became her visiting card. She made a short haircut, and combed her hair to a straight or side parting. If a girl wanted to make more dramatic impression, then she did a slight bouffant. If she wanted to look natural, she had just dried the hair and smoothed it with a spray. She looked fresh and natural. Delicate features of her face allowed her to look great with any haircut. 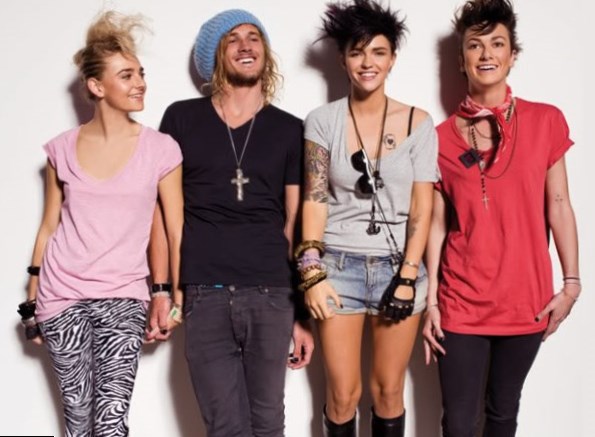 3. Ruby Rose became internationally popular in 2012, when she released her first track “Guilty Pleasure”. Then she visited 26th annual ARIA award ceremony. That time her fans saw Ruby Rose long hair asymmetrically arranged to the right side. The color of her hair was light brown and the star made a great make up. She looked perfect. But then it was rumored that it was Ruby Rose wig. The star was a lover of short haircuts and it was hard to believe, she dared to have long hair. 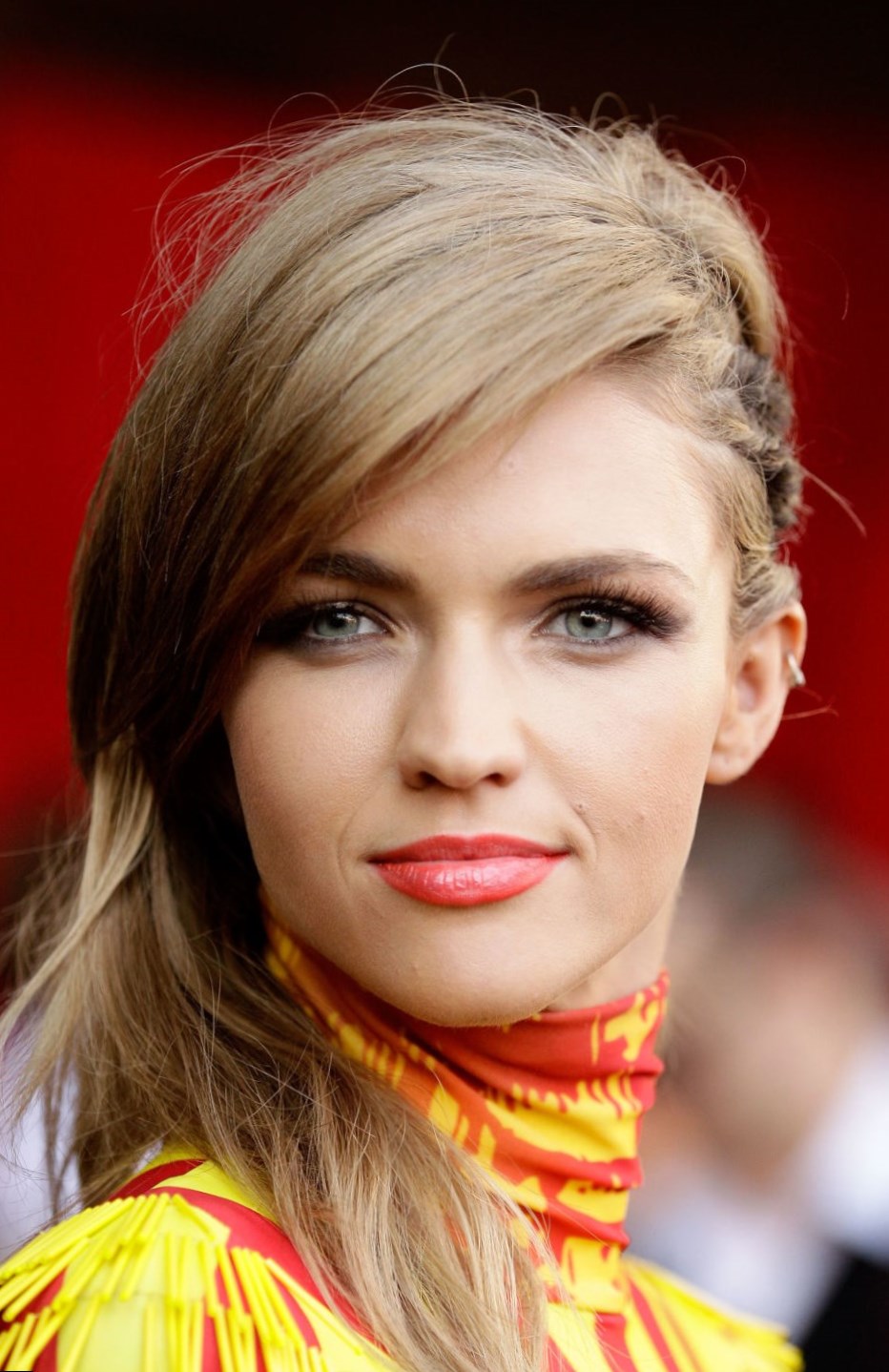 4. Most part of her life Ruby Rose used to wear a short haircut. She has established herself as a fan of bright pixie haircut. Such hairstyle is perfect for young women with thin hair. Correct and delicate features of her face gave the model an opportunity not to worry about hairstyling. Made by an experienced hairdresser, Ruby Rose pixie always remained ideal. 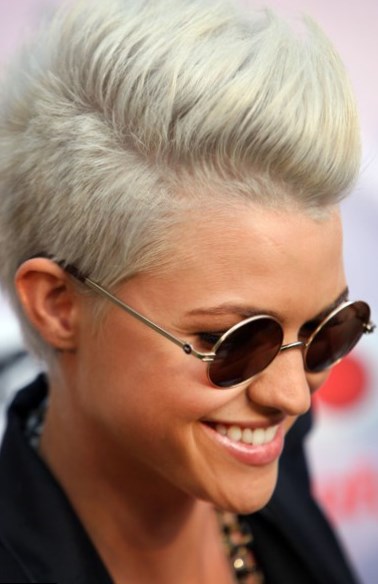 5. Ruby Rose didn’t experiment with the length of her hair, but she got crazy, changing its color. In 2013 her fans admired Ruby Rose red hair. She didn’t care about luxurious hairstyling, creating artistic mess on her head. She dried her hair up and enjoyed her tomboy look. 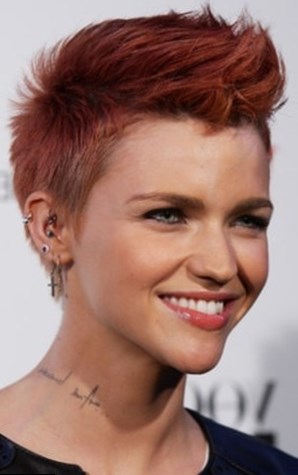 6. In 2014 she changed her hairstyle so often that fans couldn’t recognize her at first sight. She presented Ruby Rose black hair and a new very short haircut with shaved temples. Several months later she chose French carre and painted her hair lilac gray. Her fans were very surprised when saw short gray hairstyles of Ruby Rose as this color is usually suitable for middle aged women. 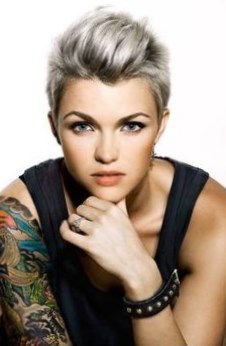 7. Ruby Rose today is not just a model or DJ, she is also an actress and that’s why her hair changing must be discussed with film makers. Now she is the face of her heroines and her hair doesn’t belong to her completely. Now Ruby Rose portrays Wendy the Android in “Dark Matter” and her hairstyle is quite eccentric. She wears a short hairstyle in a shocking manner. She prefers deliberate asymmetry. Long the hair at one side and extremely short hair at the other side of the face makes a shocking impression. This contrast catches the eyes of the fans. 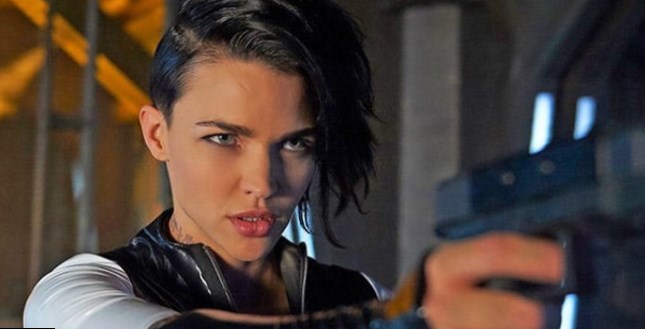 8. Ruby Rose is lesbian. She calls herself “gender fluent”, although she does make up and puts on dresses and skirts from time to time. The hairstyle of a model, which turned into actress, is neutral. She hates deliberately girly styling. Ruby avoids romantic waves on her hair; she doesn’t decorate her haircut with flowers and doesn’t wear romantic bands. At the same time her hair is always clean and very tidy. It is evident that the star constantly cares about the state of their hair. 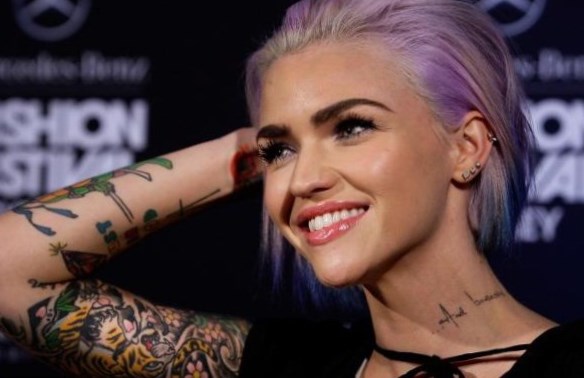 9. The star Ruby Rose avoids girly like decorations for her hair. But she is not against to decorate her short haircut with some strange construction. In November, 2011, when Ruby attended Crown Oaks Day in her native Australia she added on top of her head a strange figure, made of starched white cloth, which looked like a bird. Thus Ruby proved one more time – she was a shocking lady. 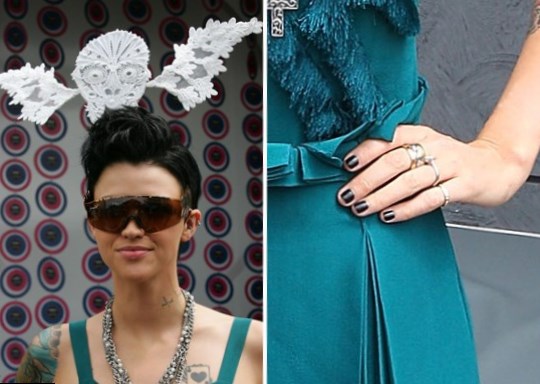 10. In 2016 the model Ruby Rose became the face of Ralph Lauren spring campaign. She colored her short haircut with light brown tint and opened her forehead. 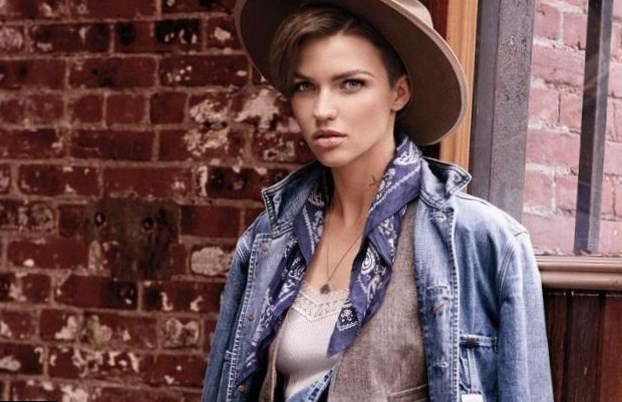 To sum up, Ruby Rose is named “chameleon” because during the years of her career she changed her hairstyle numerous times. The favorite hairdo of the star is pixie haircut. Her natural color is blond, but she colors her hair regularly. Ruby Rise prefers exotic colors for her hair. Eccentric Australian lady likes aristocratic mess on her head. 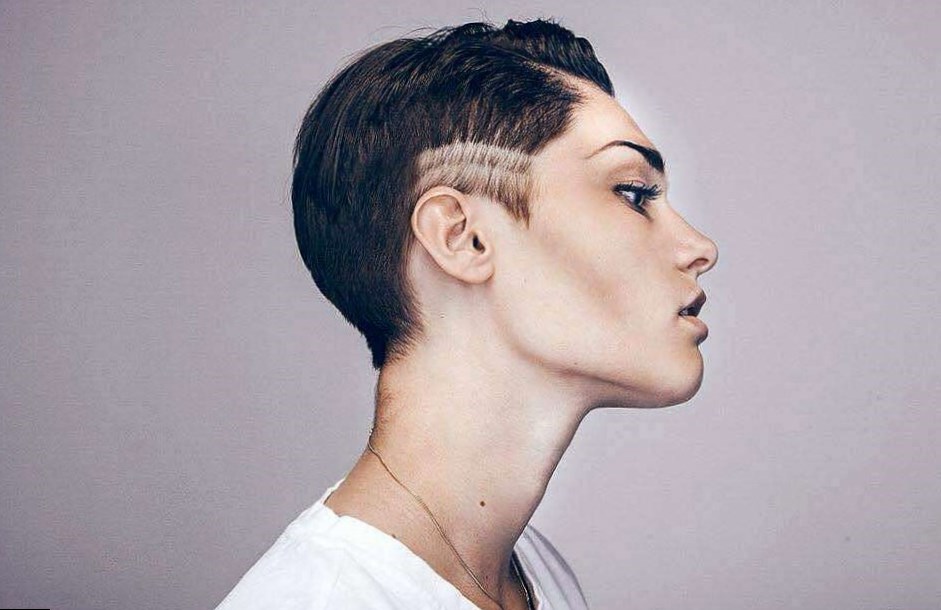 But whatever style she chooses, she always remains beautiful!

How to be a beauty rebel with Ruby Rose