Despite the fact that Adel is an Englishwoman, her beloved man is a full-blooded German. And his name is Louie Armstrong or just Louie. It’s a Dachshund.

With its name there was a long story. At first, the singer wanted to name it … Britney. 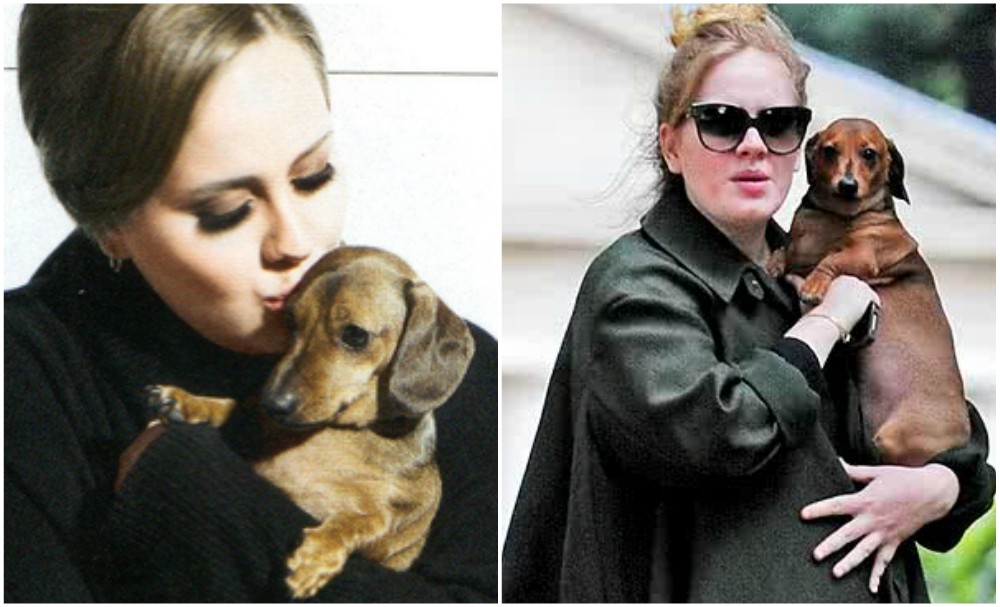 It was born just at night, when Adele visited the Britney Spears concert in London. She was so impressed that she immediately decided to name the dog Britney. The singer wasn’t even bothered that it was a boy. But after a few hours, her mind went blurred.

Then, the future Louie was almost named Aaron Lennon but ultimately Adele stopped on behalf of the outstanding musician Louie Armstrong. His name became the Dachshund’s. 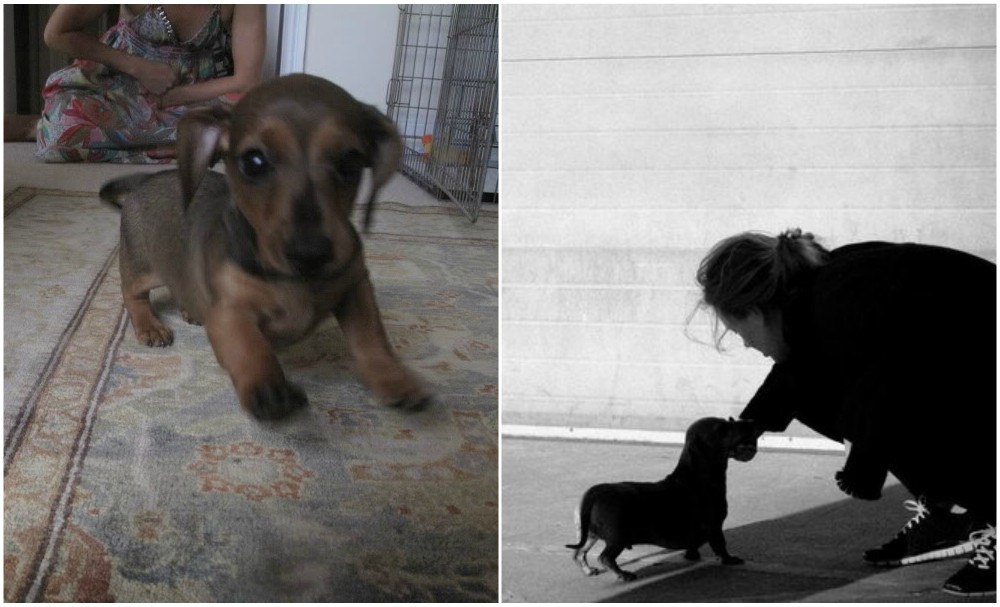 Louie accompanies his mistress almost everywhere. Louie has a huge impact on Adele. It is due to him she became a vegetarian.

Actually, she decided to become a vegetarian in order to improve health. Now, every time when she’s going to eat meat, she sees the expressive look of her little Louis.

Louie is a real close friend for Adele. The dog is present on almost all her records and even tries to sing together with the incredible owner.

This July became hard time for the singer. Her boyfriend’s dog, Atilla, had to be put asleep. It was very old. The dog was already 17 years old.

The loss became a real tragedy for the singer. It was Simon Konecki’s dog, so Adele had known it for six years. Nevertheless, Atilla loved Adele as well as Adele loved her.

The singer felt so terribly sorry, that she decided to dedicate her performance to Atilla. At that time Adele had a concert in Chicago. She almost cried at the stage and said that the dog would live in her heart forever. 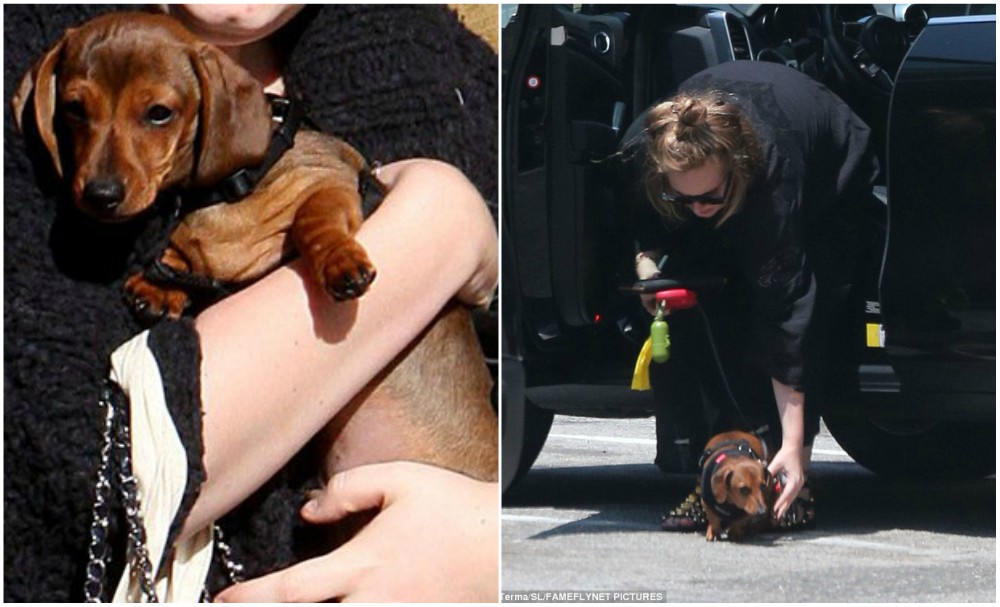 The singer could not hold back emotions and tears during a concert in Chicago, where she dedicated a song called “One and Only” to her gone pet. Fans recognized that this situation has caused great excitement among the audience, who felt the frustration of their idol.