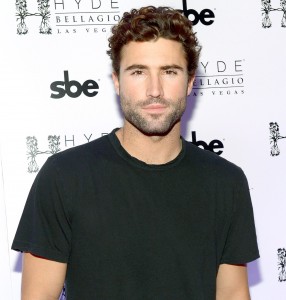 The guy who was born as Sam Brody Jenner on August, 21, 1983 in Los Angeles has become popular as Brody Jenner, a TV star, young producer and a reality show hero.
Brody Jenner has got very popular relatives. His parents are Bruce Jenner- a former athlete, 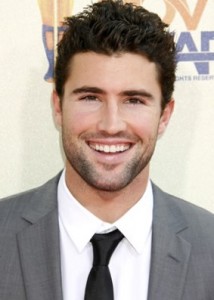 Olympic champion and a TV person now and Linda Thompson – a USA songwriter and popular actress, and Kim Kardashian is his stepsister. As Kim, Brody Jenner also started as a model, and in 2005 appeared at The Princes of Malibu reality TV show. The personal life of young Hollywood playboy started very early, as Brody was born in atmosphere of glamour, love affairs and strange relationships. These things have become something ordinary to a guy who watches every day people with unusual life.

Brody Jenner is popular with Bromance TV series, Playboy Morning Show, and long lasting (since 2007) the Keeping Up with the Kardashians TV show. The handsome guy never complained he is not loved. Vice versa, he had a chain of relationships with popular actresses and other known girls. His “official” girlfriend was Kristen Cavallari, fashion designer, actress and TV star. Brody Jenner dated Nicole Richie, his old friend from childhood. Lauren Conrad was also among his girlfriends in 2006. Haylie Duff was a “Summer 2007 affair”, and Brody denies he was Paris Hilton lover in 2008. 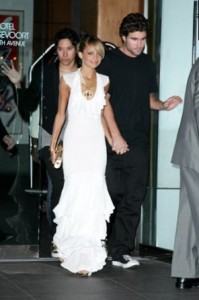 Brody Jenner  and  Nicole Richie
However, everybody remember about his hot relationship with Cora Skinner, Playboy model. Although their romantic story was very short, the winter of 2008 and first two spring month of this year Jenner devoted exactly to Cora. Later the TV star and producer had love relationship with Jayde Nicole. Later he became a boyfriend of. For two years the pair was together, when suddenly in winter 2012, it was announced that this couple broke up. 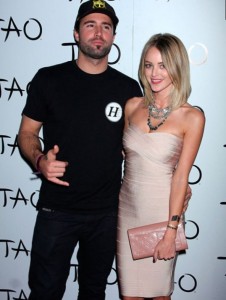 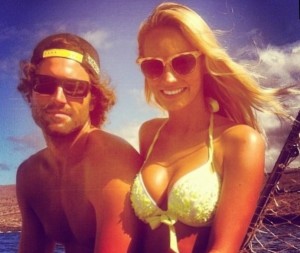 Bryana Holly became Brody “honey” in Summer – Autumn 2013. This surfer girl almost conquered the heart of Hollywood playboy, but suddenly mass media headlines exploded with the titles: “Brody Jenner is Single Again!” However, such a loving man as Jenner could not stay alone.

The heart of young man was stolen by the popular blogger Kaitlynn Carter. They have been dating still. Probably they will go further with their relationship, who knows? 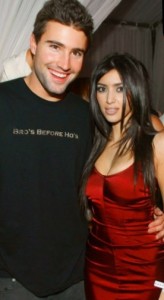 Since Jenner and Dr. Mike Dow, sex therapist host The Brody Jenner Podcast With Dr. Mike Dow he might have changed his position towards the time period which the love relationship should last. Some people agree, that it is at least odd to listen to a relationship advice from a person who still has a label “Playboy”. However, this project has been popular as the main “hero” of it – Brody Jenner. The young man has been doing his best to gain himself the same popularity as his stepsister (Kim Kardashian) has got. No doubt, it irritates TV reality shows star when everybody who interviews him always asks about his popular relative. Jenner pleads: ” Ask me about myself!”.

As he can confirm himself, he is not as popular as Kim, we can wait something original from ambitious and loving Brody Jenner.