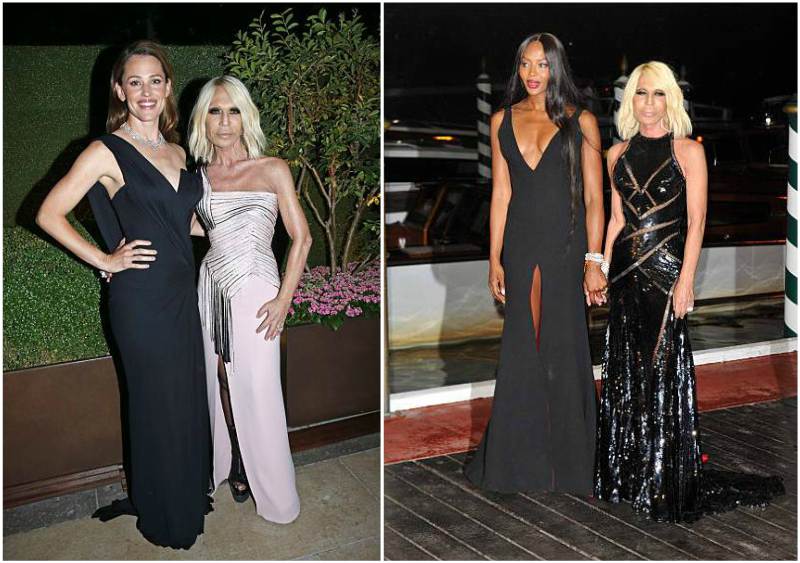 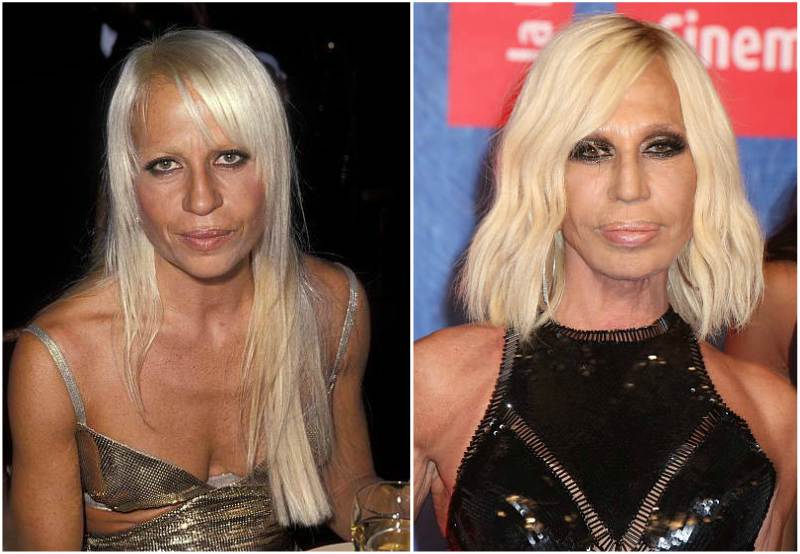 Donatella Versace can become the best illustration of the expression “Beauty requires sacrifice”.

Italian designer for the last 20 years of her life has tried all the novelties of the plastic and cosmetology industry, and sometimes, she used to seriously overdo it in her quest for perfection.

Italian designer Donatella Versace has long proved that she is a woman without complexes. No matter how people criticize her figure, the blonde is not ashamed to publish in the Instagram her photos in bikini.

Versace managed to surprise subscribers, but not in the best way. Many fans attacked the 61-year-old celebrity with criticism. In their opinion, the figure of Donatella looks unaesthetic and she should not exhibit it.

By her toned press muscles and sports figure one can’t guess her age. Also, apparently, the owner of the fashion brand got rid of the silicone breast or made it smaller. After all, in her early photos the paparazzi noted at least the third breast size, now we can talk about a modest second.

Perhaps, this is due to the fact that the fashion for a large artificial breasts has passed, and Donatella, as a person accustomed to being in a trend, has decided to correct it.

It should be noted that there is nothing in Donatella’s appearance that she would not try to improve with the help of the best plastic surgeons. Since 2002, the fashion designer has repeatedly enlarged her lips and, as a result, her mouth stopped closing.

Donatella hated her nose with a light hump for all her life, so in 2003 she fixed it, but the effect did not appeal to client.

Since then, this part of the body of the star is a bit crooked. Periodically, journalists publish photos on which a prominent scar appears on the nose of Senorita Versace. Perhaps, this is the result of another unsuccessful procedure. Donatella Versace before plastics, as seen in her photo, didn’t have that mark. 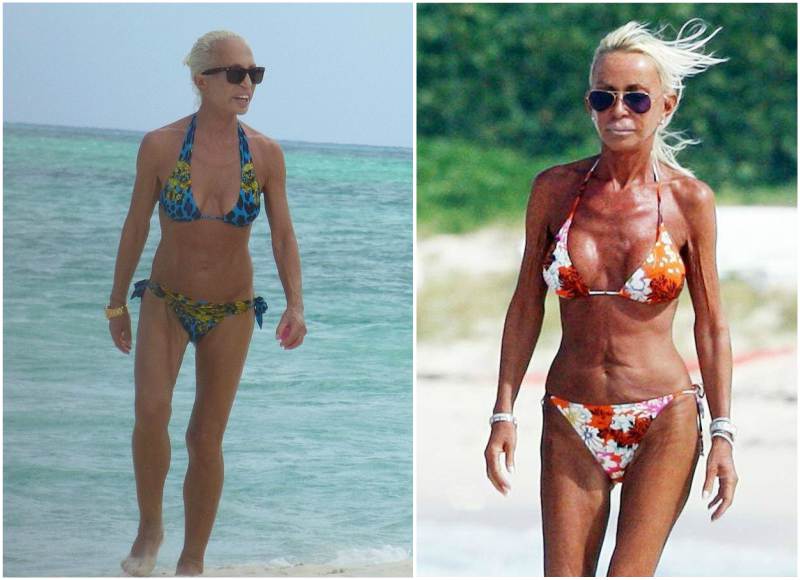 Donatella for several times made a face lift and laser resurfacing. The first allowed her to look younger, the second saved her from age-related pigmentation. Often, in public, designer appears with an oily effect on the face. This is the result of long cosmetic procedures, because of which the skin lost its natural moisturizing. Therefore, the designer is forced to constantly apply oils and creams to maintain skin tone.

At the same time Donatella herself claims that she is now striving for her natural beauty. Even her usual hair color changed to more natural – she just realized that she’s a mother and a wife, not a Barbie doll. It took her too long to realize – the real beauty is not outside, but inside. 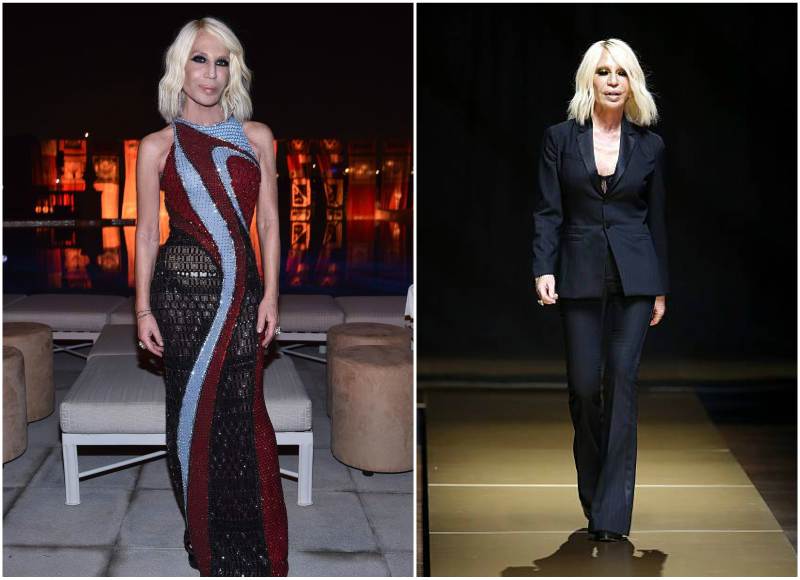