It seems to be that there is hardly a person who doesn’t know Drew Barrymore, an American actress, film producer and director. 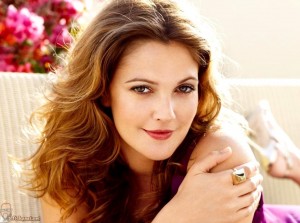 She is a representative of a well-known American acting dynasty, so her excellent acting talent she inherited from her grandfather. Her acting career started when the girl was only eleven months. She started shooting in advertisements.

But a really serious and first role was in the film “E.T.: The Extra-Terrestrial”, where Drew played the main part and she was only seven years old. This film was considered to be her first success. For the first time she was nominated for the Golden Globe when she was nine years old for the role in a film “Irreconcilable Differences”. 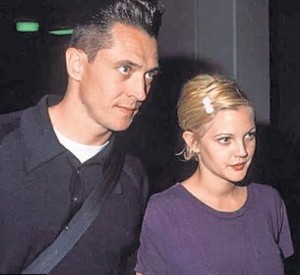 During the period from 9 till 13 the girl tasted all forbidden things that could be, starting from alcohol and finishing drugs. But Drew weathered these problems and at the age of fifteen started a new life.

By the way, her godfather is Steven Spielberg, who helped her to gain success in her career and to overcome difficulties. The woman fared well, opened her film company “Flower Films”.

Drew Barrymore is popular by such films as “Poison Ivy”, “Music and Lyrics”, “Charlie’s Angels”.

If to speak about her personal life it is constantly set tongues wagging. The girl married for the first time in 1994 and her husband was Jeremy Thomas.

He was much elder than Drew and though they knew each other before the wedding their marriage didn’t last long. They filed for divorce in six weeks after the wedding.

In 1996 during the shooting of the film “Best People” Drew got acquainted with the actor Luke Wilson. Their relationship started on rehearsals but they were not so serious. 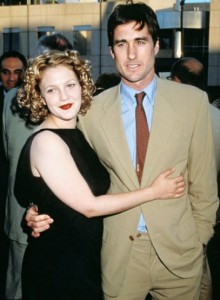 Later her lovers change constantly. She dated with Fabrizio Moretti, a drummer of the band “The Strokes”, Justin Long, Sam Rockwell and this is not the full list. It was rumoured that the woman had flirt with Ed Westwick, Jason Segel and Edward Norton.

Drew was married for two times. Her next husband was Tom Green, who was a Canadian actor and talk show host. In spite of the previous Drew’s lovers Tom wasn’t surprised by her tricks.

They were having fun together, constantly organized various parties. After several years of crazy relationship they decided to organize a secret wedding.

But their family life wasn’t calm. As both were hot-blooded people they frequently quarreled. 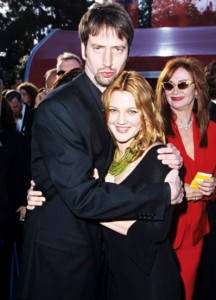 In half a year they divorced and their breakup was deemed to be one of the calmest in Hollywood.

It seems to be that finally Drew met her fate. In 2011 she started dating with Will Kopelman. During wedding ceremony it was seen that the actress was pregnant but the couple is happy and this is the most important thing. Now they have two small daughters.

Despite of the fact that there was a great variety of admirers in her life Drew always wanted to have a real and close-knit family.

Drew Barrymore and  Will Kopelman