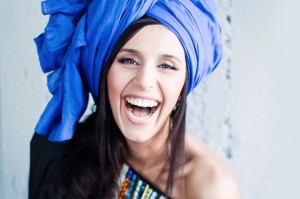 “This is my story! This is a story of my family!” – used to tell Jamala about her song, which won the first prize at “Eurovision-2016”. We can’t give you all Jamala measurements, her waist or feet size, because not much is known about this famous Ukrainian singer, which is worth her recognition, but she had to wait for long for her international glory.

Probably, Jamala’s way to stardom was so long, because she is too talented and complicated. Deep, rich voice, jazz motives, long and difficult melodies of her songs – they have nothing in common with so called “pop music”, which is funny but too light minded. 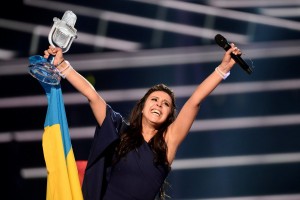 Jamala’s real name is Susana Alimivna Dzhamaladinova. Ethnically she is Crimean Tatar, and her family had to feel personally all the disasters, which Crimean Tatars had to cope with.

Her grandmother was deported with her children from her native village Malorechenskoe (Crimea) to the city Osh, Kyrgyzstan. Susana’s granny made a long way to Osh. Her daughter died during that way and Jamala’s grandmother couldn’t even bury her. It was the tragedy of her whole life, about which she told to little Susana. When the talented girl grew up, she sang it in her song “1944”, which brought Ukraine a victory at Eurovision 2016. 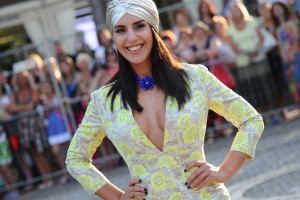 The first place at Eurovision is the main award of the singer, but not the first one. Ten years ago she won the first prize at “New Wave” contest. Jamala is also the owner of the award “Dodge-2001”, which the singer got for her jazz compositions.

The singer Jamala has typical for a Crimean Tatar girl appearance. Her hair is black and shiny, her eyes are big and they have deep brown color.

Jamala is not the fan of diets. But she likes healthy food. Her favorite dish is sushi.

She practices yoga and it helps her to stay fit. She tries to workout at least 2-3 times per week, but if her schedule is too busy, she can easily miss her workout.

Jamala is already in her mature age, but she has never been married and has no children. The singer was too busy with her career making and that’s why she had no time for her personal life.

When she was asked, what men she prefers, she used to answer, that she has no special demands to the representatives of the strong sex. But she needs a man, who could control her and show her the right direction.

Now her life is controlled and directed by her mother, Galina. Jamala tells her mother is the dearest person in her life.

We congratulate Jamala with her victory and wish her further advances in her profession.