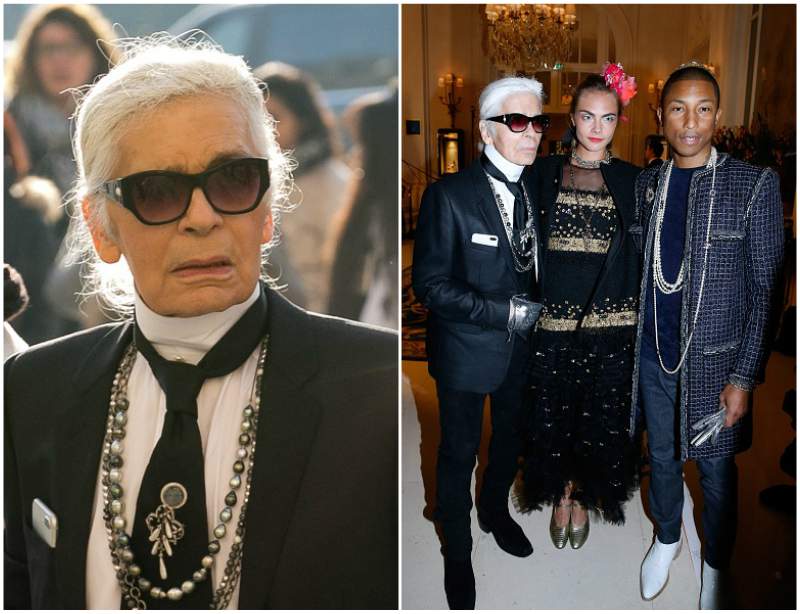 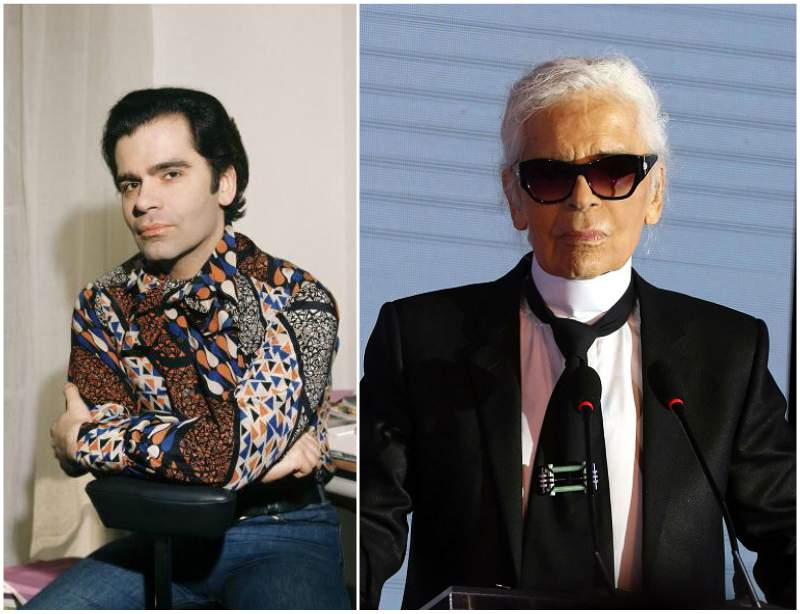 During the whole 2002 Paris tabloids were constantly writing about how the famous fashion designer Karl Lagerfeld managed to lose weight.

The new image of stellar designer caused an explosion of his popularity. Part of this glory, of course, went to Jean-Claude Udre (former psychiatrist, humble rural doctor and only then dietitian).

Under his supervision Karl Large dropped 42 kilos just in 13 months! High society of Paris, eager to get rid of excess weight, lined up for an appointment to Udre.

There was a book by Lagerfeld “Diet 3 D”, co-written with Jean-Claude, in which Karl shared the secrets of his weight loss along with dozens of the most various interviews.

Lagerfeld had no particular reasons to go on a diet: neither health complaints nor emotional problems.

His only wish was to wear different clothes, but not robes – some form-fitting, very fitting clothes. And he set a goal for the year to achieve the weight of 70 kilos, to lose 8 sizes to get into a new body and feel good in it. After that fateful decision, Karl found a doctor that could guide him on that way and designer followed his instructions without deviating even for a gram.

After 13 months, Karl weighed 60 kilos and could afford the smallest size that only could be found in boutiques. Now, Lagerfeld loves walking on the catwalk – in these moments it seems that he doesn’t feel the force of Earth’s gravity.

Lagerfeld took the diet as a religion without a backward glance and any pre-conditions.

For him it was a period of transformation and renewal. He said goodbye to his “beautiful collection of furniture of the XVII century”. And also to Japanese clothes that faithfully served him for 10 years. And, of course, goodbye to extra kilos.

Karl Lagerfeld was ready to great minimalism, simple furnishings, fun and relief from the problems in his life. From that moment he is happy. He passionately wanted his appearance matched his inner feeling, so he brought the body into harmony with his head. 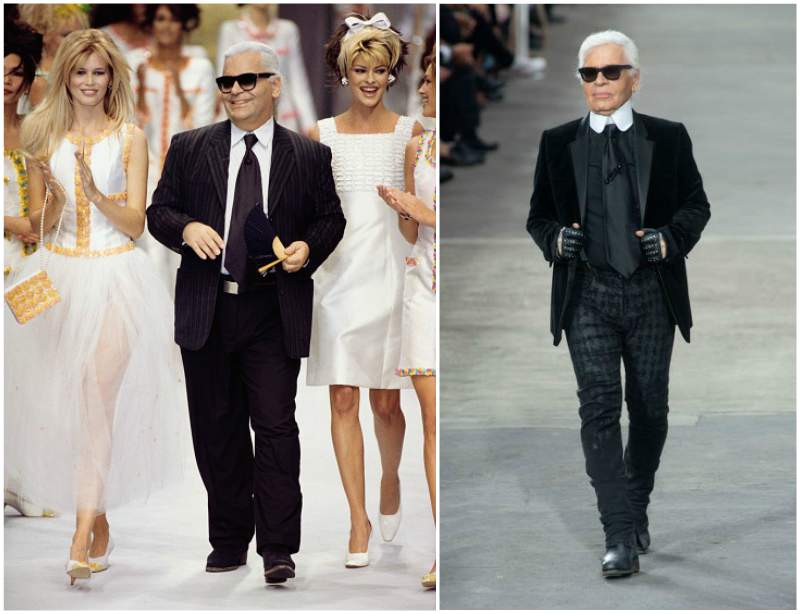 Couturier has a really sweet tooth. He had never lost weight because of love. On the contrary, he pounced on the chocolate. This, incidentally, was the most terrible ordeal at the beginning of the diet: in any case it was impossible to eat a chocolate bar or Napoleon cake. As the struggle with temptation Karl put these good things in his mouth and then spit them out. This focus, he said, killed any desire to eat at all.

From clumsy, fat man with a double chin Lagerfeld turned into an elegant, smart gray-haired gentleman. At that time the designer was 70 years old! Today, at 83, Karl maintains his shape. That challenge determined the philosophy of the whole his life. Principles of diet, which the designer followed, were trivial – the rejection of the predominant portion of starchy foods, refined and fried food, minimum fat intake, caloric restriction and the prevalence of protein and vegetables.