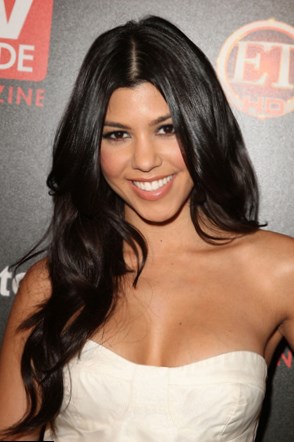 Some Hollywood celebrities try to keep their private life in secret but some of them always try to show every detail of their personal life. The Kardashians belong to this type of celebrities. They like to be in the public eye and it is about every member of their big family. One more example is Kourtney Kardashian.

Kourtney Kardashian was born on April 18, 1979 in Los Angeles. Now this woman is a famous American celebrity, actress and socialite. Also she is a prosperous business woman and actress. But everyone in the USA knows her as the participant of the popular show ‘Keeping up with the Kardashians’.

Kourtney’s family is rather big, because she has two sisters (Kim and Khloe) and a brother, Robert. She has Armenian origin. Her father, a famous lawyer in Hollywood, was from Armenia. Her mother was a famous socialite, Kris Jenner. Their parents divorced when Kourtney was only ten years old. Nevertheless this lady managed to keep friendly relationships with both, mother and father.

Kourtney studied at Mary Mount High School and finished it in 1998. Sometime later she graduated from the University of Arizona with the Bachelor’s degree. Speaking about life of this famous woman it is necessary to say that it is is full of various events. For instance, when Kourtney Kardashian was in college she was stung by a scorpion. Also this woman is afraid of spiders. There was a situation when she saw a spider in her bathroom and was afraid to enter it during two months.

Her career in cinematography started from the series ‘One Life to Live’ where she received her first acting experience. But the reality show ‘Keeping up with the Kardashians’ is considered to be her first serious work. It was a show where all the details of their personal life were showed to the society. So the actors should just live their life they lived before. After the success of this reality show several spin-offs appeared – ‘Kourtney and Kim Take Miami’, ‘Kourtney and Kim Take New York’.


Because of her small height (only 152 cm) she always wears high heeled or flatform shoes. But she is not such a kind of shopaholic as her sisters. She can wear shoes of the previous collections. Besides, the eldest Kardashian adores classic blouses. Kourtney’s red carpet style is not so bright than her sister Kim has. More often a girl wears clothes of more democratic brands. She likes wearing various hats; the woman often complements her looks by hats. Also we see that all the Kardashian sisters like leopard print.

She is also a very successful business woman, she owned boutique with her mother called Smooch. In one of the interviews Kourtney confessed that she liked buying clothes for her children more than for herself. Also Courtney has common business together with her sisters. 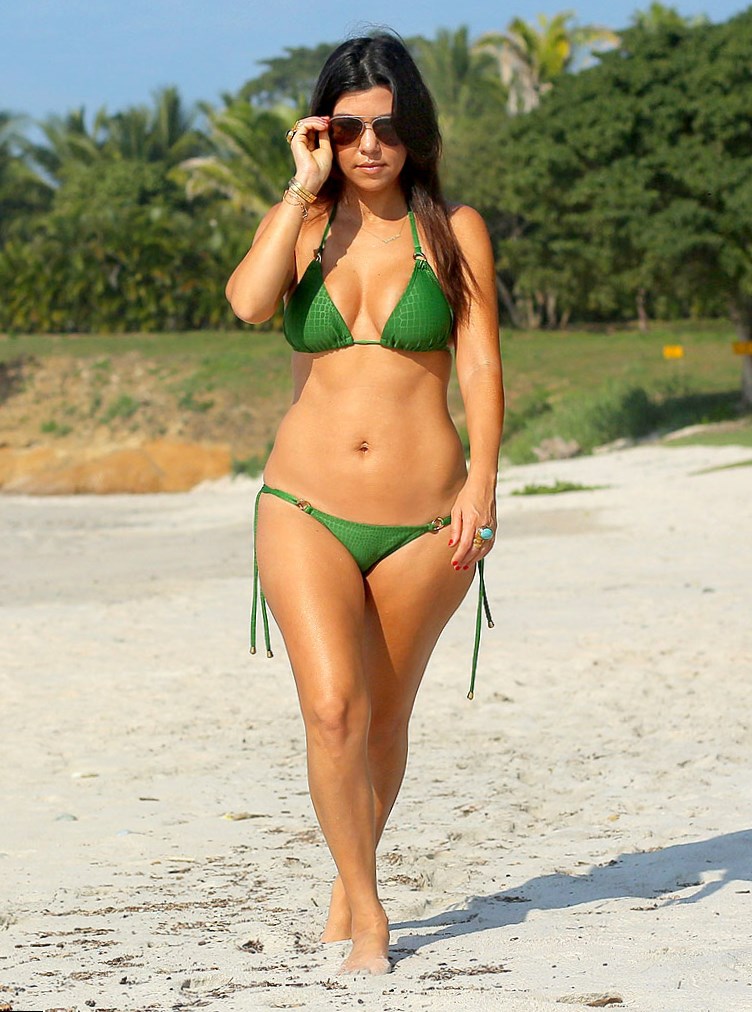 Personal life of this celebrity was in the centre of attention especially thanks to the TV show ‘Keeping up with the Kardashians’. The woman had some short and not serious relationships in the past but now she dates Scott Disick. They got acquainted before the show and all the details of their love affairs everyone could see. They had rather stormy relationship and constantly broke up and reunited again. They are not married now but still they have three children. She gave birth to their first child in 2009. Later she bore a daughter and in 2014 she gave birth to one more boy. As Kourtney Kardashian later confessed she liked being pregnant and she wants to have more children. Besides she has a perfect example, her mother has six children. So there are new challenges ahead! Kourtney Kardashian likes babies, she loves her children and she looks perfect!