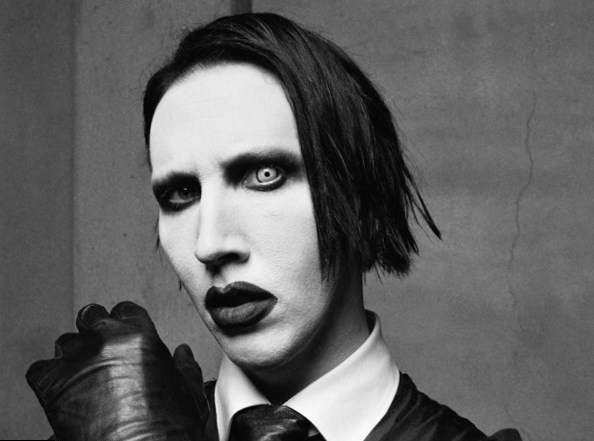 Marilyn Manson is an American rock singer, songwriter, artist and former music journalist, the founder and leader of the rock group “Marilyn Manson”. The real name of the widely known artist is Brian Hugh Warner.

The stage name was formed from adding the names of two American cultural icons of the 1960, namely Marilyn Monroe and convicted multiple murder Charles Manson.

Brian was born in the USA on Januar 5, 1969. He is the only child of parents; his father is a furniture dealer with German roots and mother is a nurse.
After Brian graduated from high school in Florida, he found a job in a local music magazine, where he was a reporter and music critic, in his spare time he composed poetry.

At the age of 29 together with guitarist Scott Putesky he based their own rock band and gave it name “Marilyn Manson”.
Each performance or concert of the band was accompanied by the real show with various attractions, so people can see the sandwiches that flew from the stage to the auditorium, naked girls dancing in cages, fire performances and other breathtaking stunts.

Manson first appeared as an actor on the big screen in 1997 in the film “Lost Highway” by the famous director David Lynch. In 1998 was his second work in the movie industry in the film “Jawbreaker” where he met Rose McGowan. In 2003 he starred in “Party monster”, after a year appeared in the film “The heart is deceitful above all things”.

Today Manson has starred in 6 films, appeared in the 6 TV series, both as himself and in the other characters. The renowned musician appeared in two episodes of the sixth season in his favorite TV series “Californication” and in several episodes of the seventh season of the TV series “Sons of anarchy”. In 2005 he participated in voicing one of the characters of the famous computer game “Area 51”.
In 2010 was released a biographical film about Manson and his band, the film was shown on the American channel The Biography Channel with participation of group families and friends.

Brian is also known as an artist, who paints watercolor from 1999 to the present day. Currently he painted over 150 paintings.
Manson has already written 3 books, 2 of which were released in 1998 and 2011 – “The Long hard road out of hell” and “Genealogies of Pain” (written together with David Lynch) and the one is still not published book “Holy Wood”. Soon he will please his fans and journalists with a new book with his biography.

Marilyn is a very talented and versatile artist, his works and performances are full of life and emotions. The same thing happens in his personal life, he often changes lovers – all of his beloved are as bright and extraordinary personality as he is.

First serious relationship Manson had with Missy Romero, which lasted from 1992 to 1997. It was his first real love, his first long-term relationship. They met at a concert where Manson noticed her from the stage and met her after the concert. Missy was pregnant but had an abortion.
If to believe the gossip in 1997 Manson also met with Jenna Jameson. And if the relations were, they lasted just a little.
In 1998 Manson met Rose McGowan, this couple was engaged, it almost came to marriage, but the relationship ended because of some disagreements. The relationship lasted from 1998 to 2000.


On 28 November 2005 the singer married Dita von Teese, this was the first marriage for Manson. Dita in interviews repeatedly stressed that she loved Brian. In 2006, the couple divorced, commenting that this investigation “common misunderstanding in the relationship”.

From December 2006 to October 2008 the artist met with the young actress Evan Rachel Wood. Also from March to December 2009 he dated with an American pornographic actress and model. In December 2009 Marilyn Manson renewed relationship with Evan Rachel Wood, and in January 2010 he made a proposal to her, but in August 2010 the engagement was terminated. 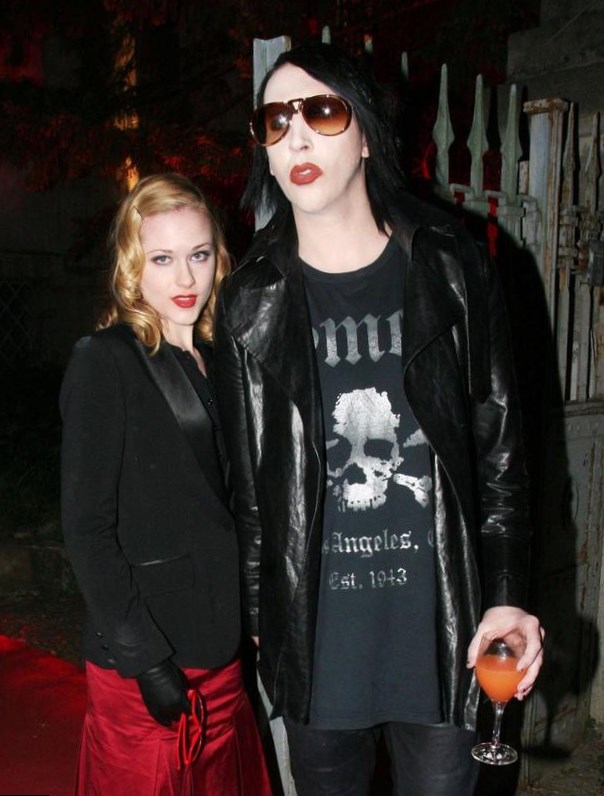 At the end of October 2010 in the Internet appeared the rumor that Marilyn Manson met the winner of the show “Top model”— Carina Deann “CariDee” English. The rumor was refuted by CariDee via her microblog on Twitter, she said they were just friends.