The daughter of two creative parents, whose professions were connected with movie making and theater acting, she decided to become an actress from the very childhood. She became internationally popular after participating in the movie “Love & Basketball”. Sanaa Lathan actress has more than 60 credits in her resume. She works actively now and soon the fans will see her as Natalie Austin in “Now You See Me 2”. 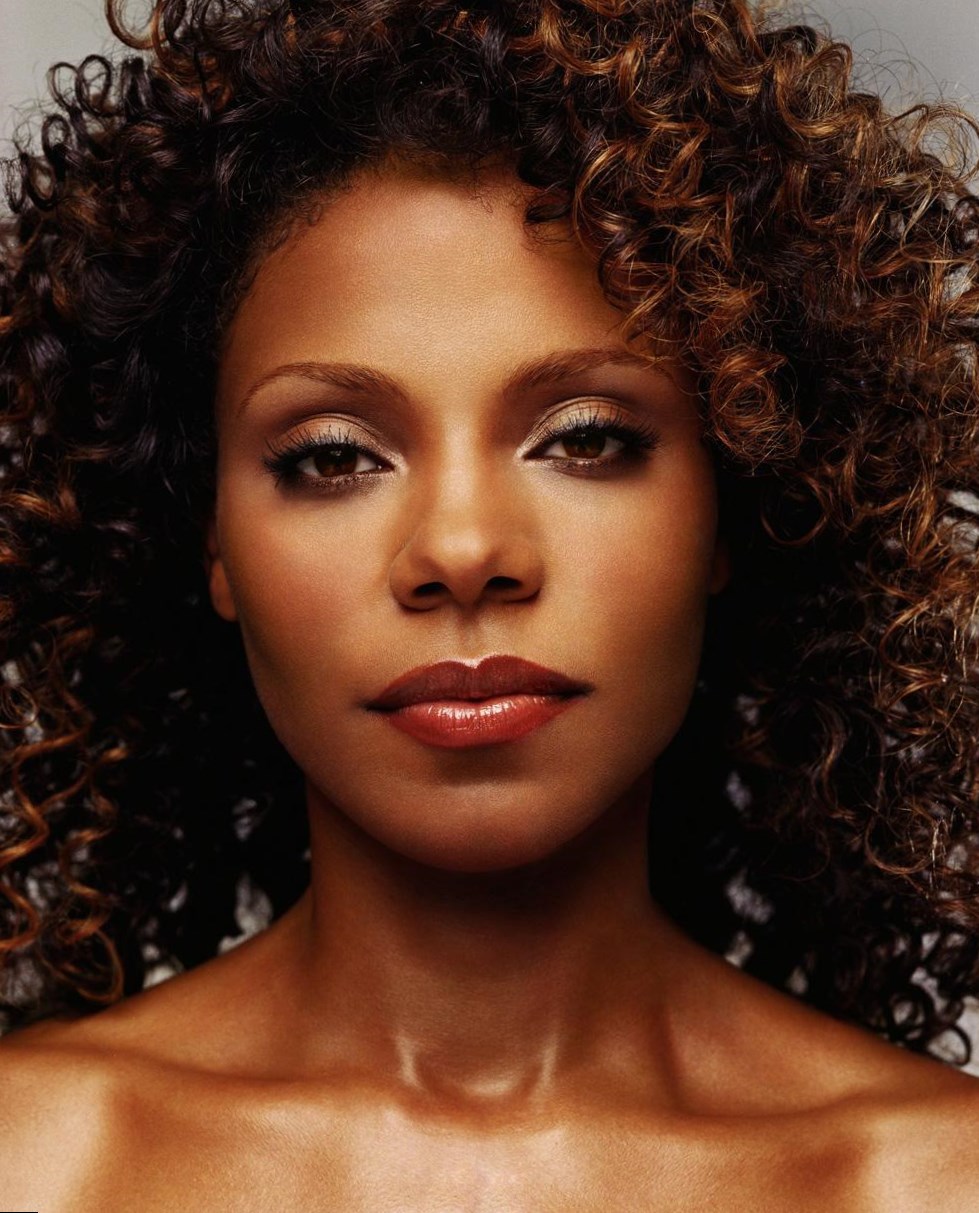 Sanaa McCoy Lathan was born in 1971 on the 19th of September. Her birthplace is New York, where she lived in a big apartment together with her parents, an actress Eleanor McCoy and television director Stan Lathan. She knew everything about acting job from the earliest years as she heard a lot about it from her parents and even visited them at work and watched film making process with her own eyes. The girl visited the local school and found the time to go in for sports too – she is a well trained dancer and an athlete. 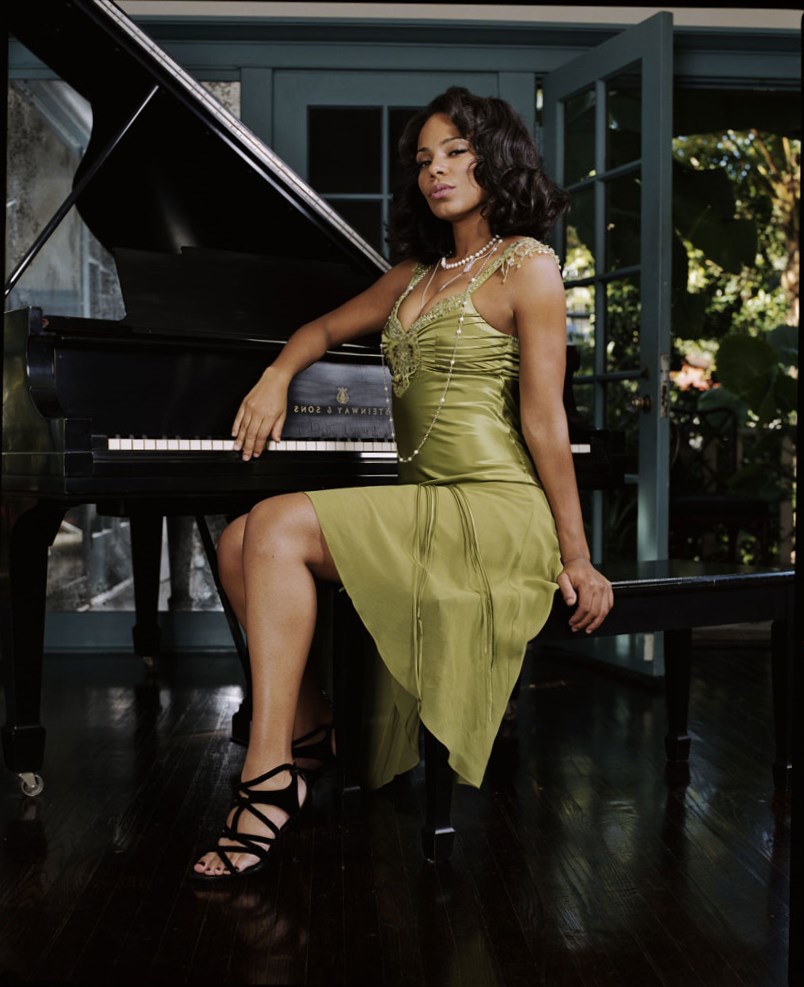 After graduating from school Sanaa Lathan entered University of California at Berkeley, where studied fine arts. She had an idea to go to law school and start a career of a lawyer, when occasionally was found by a recruiter. Sanaa Lathan became a student of Yale Drama School and the choice was made – she decided to become an actress. To that time her parents got divorced. Her mother lived in native New York, while her father moved to Los Angeles. It was he, who invited his daughter to move to LA to start acting career. 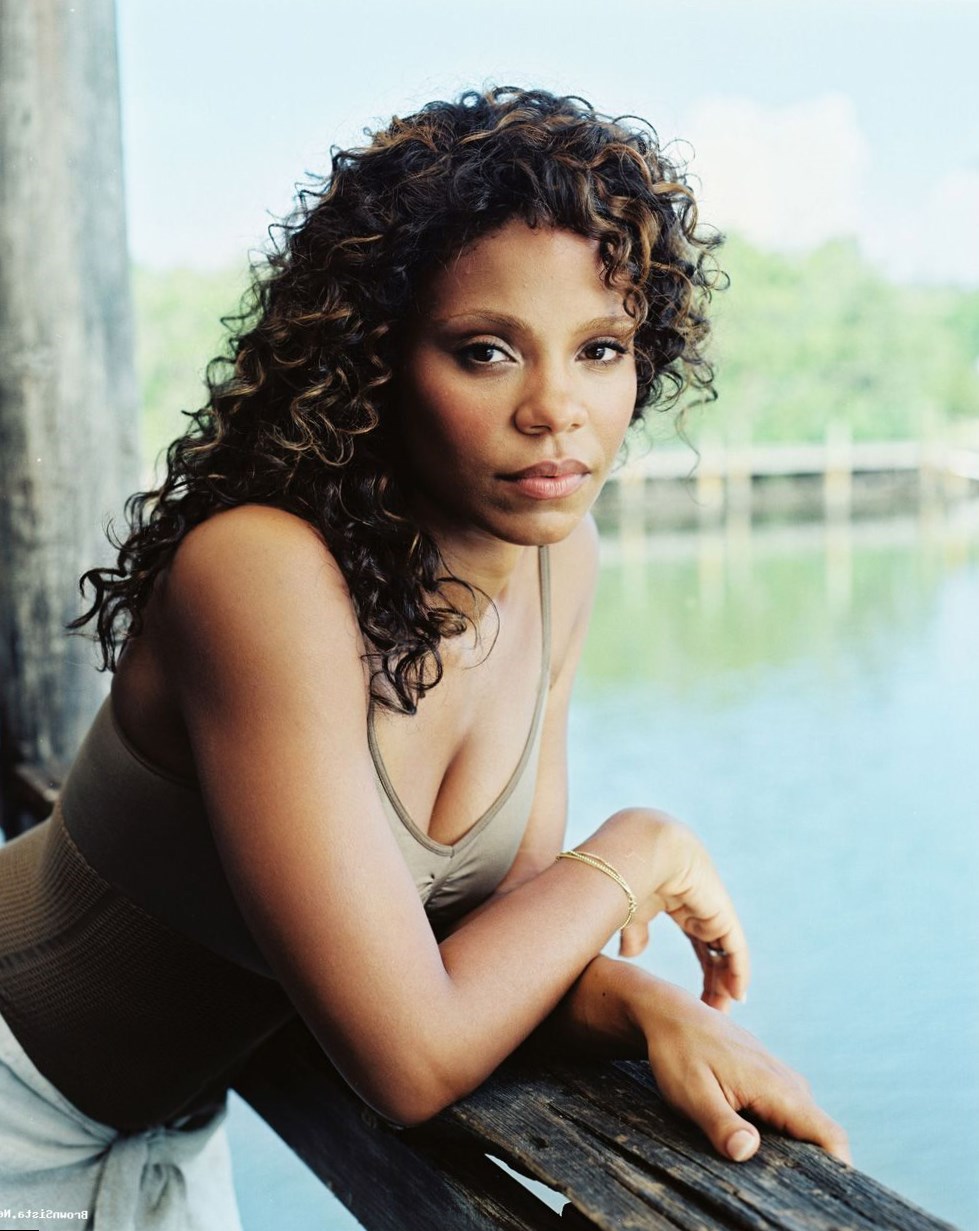 Sanaa Lathan came to California and got the role in her first project – she acted as Allison in TV series “Family Matters” in 1995. Sanaa Lathan first movie was “Drive” in 1997.

Gradually her movie list became wider and wider. She took part in several movies and TV shows, but was not noticed. Her big break took place in 2000. Till now Sanaa Lathan Love and Basketball remains her calling card. She has many other movies in her filmography.

Sanaa Lathan is a hard working actress. She takes part in several big screen movies annually. She is also known as a theater actress and voice actress. She gave her voice to Donna Tubbs from “Family Guy”. Monica from “The Golden Blaze” also speaks with her voice. Here are the most interesting movies of Sanaa Lathan. 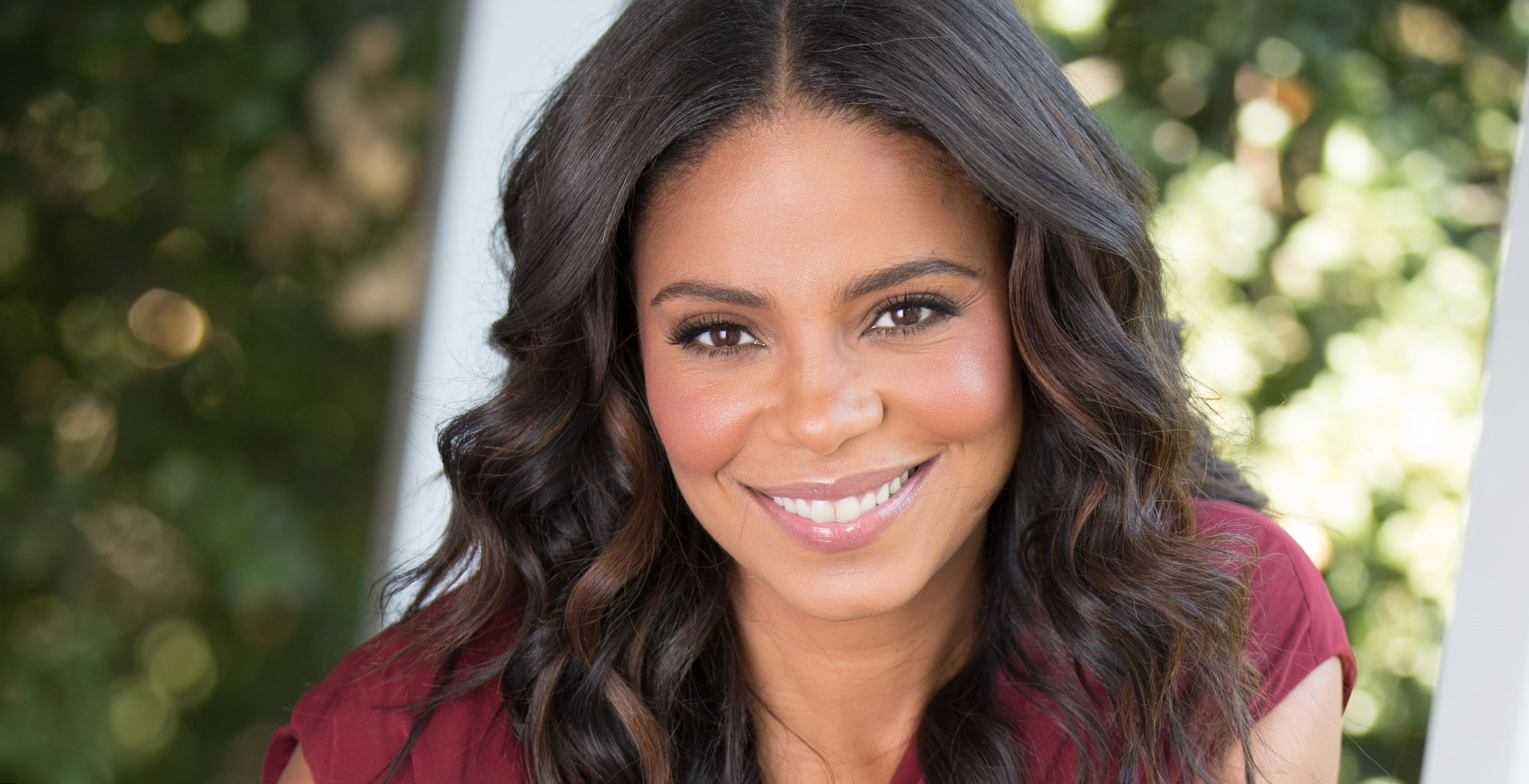 The drama of Malcolm D. Lee got average reviews from critics. The main hero, Harper Stewart, has many problems – with his career and with his girlfriend. The wide circle of his troubles became even bigger, when he had to come to his native city to be the best man at his wedding. Sanaa Lathan got the supporting role of Robin. 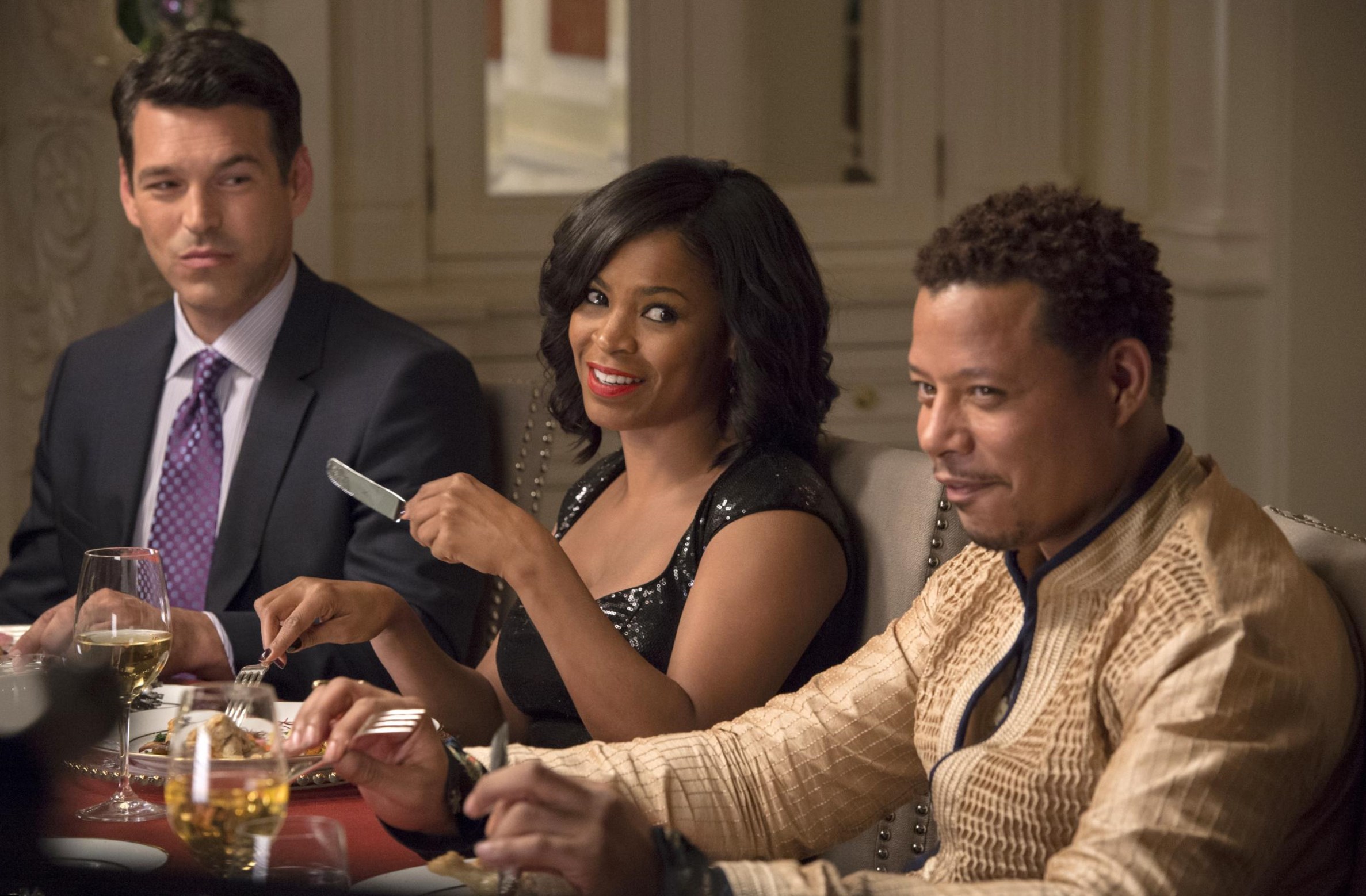 Sanaa Lathan in ‘The Best Man’

In Rick Famuyiwa movie Sanaa Lathan played one of the leading roles. Her heroine Syd had a friend Dre. They were quite close, but without any passion. And only when Dre announced, he is going to marry, Sanaa Lathan heroine understands, how deeply she loves him. 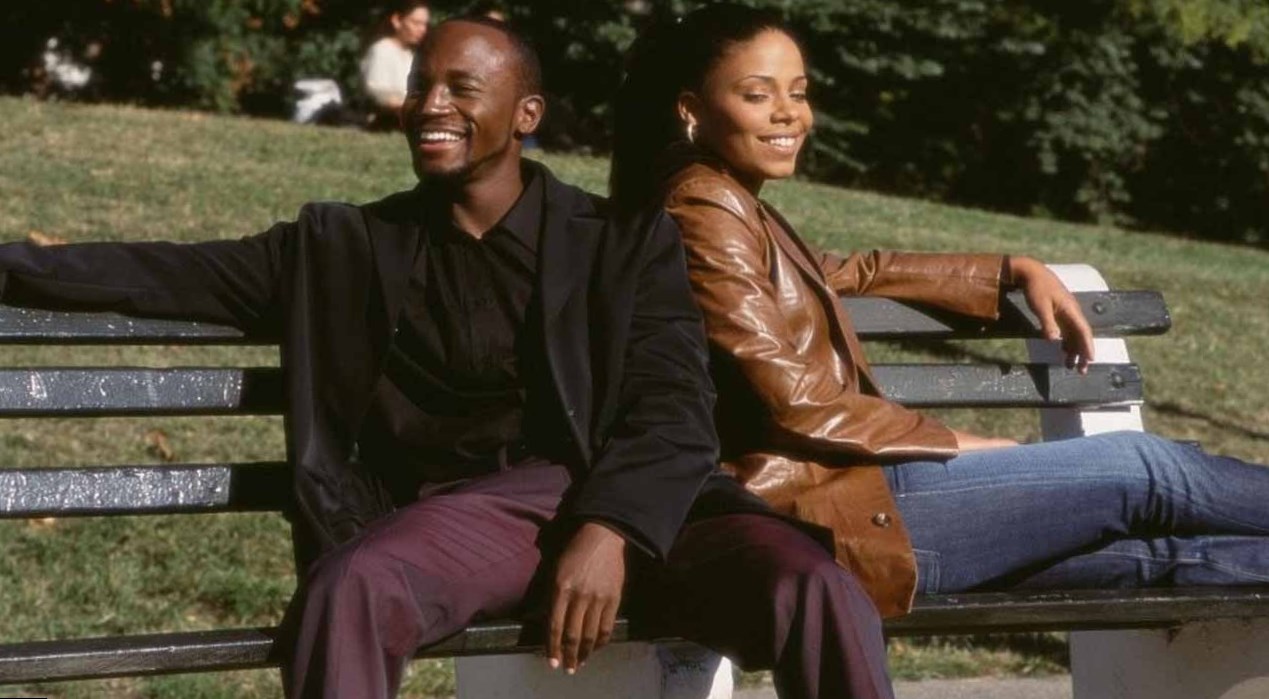 Probably, this movie is one of the most significant in her movie list. The actress got the title role of Alexa Woods. Her co-stars were Raoul Bova, Lance Henriksen, Tommy Flanagan and many others. 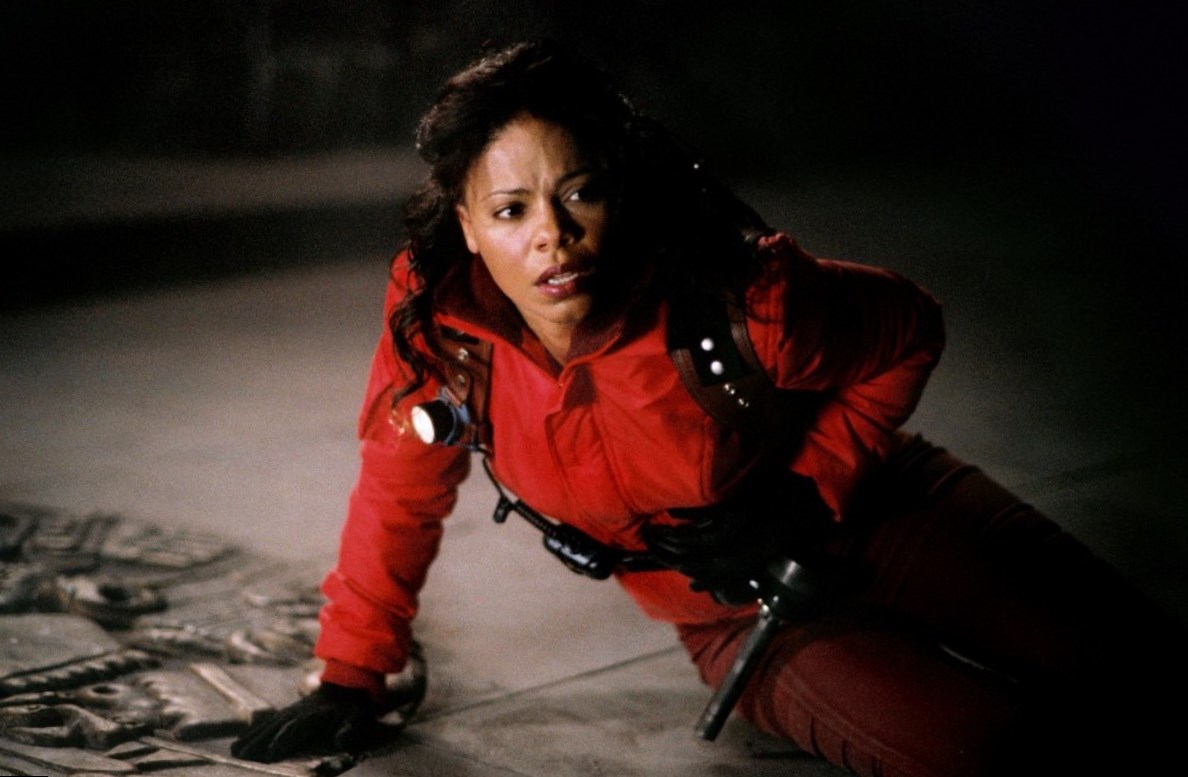 The film of Philippe Caland got modest reviews from critics. Sanaa Lathan had a supporting role of Maggie Carter. 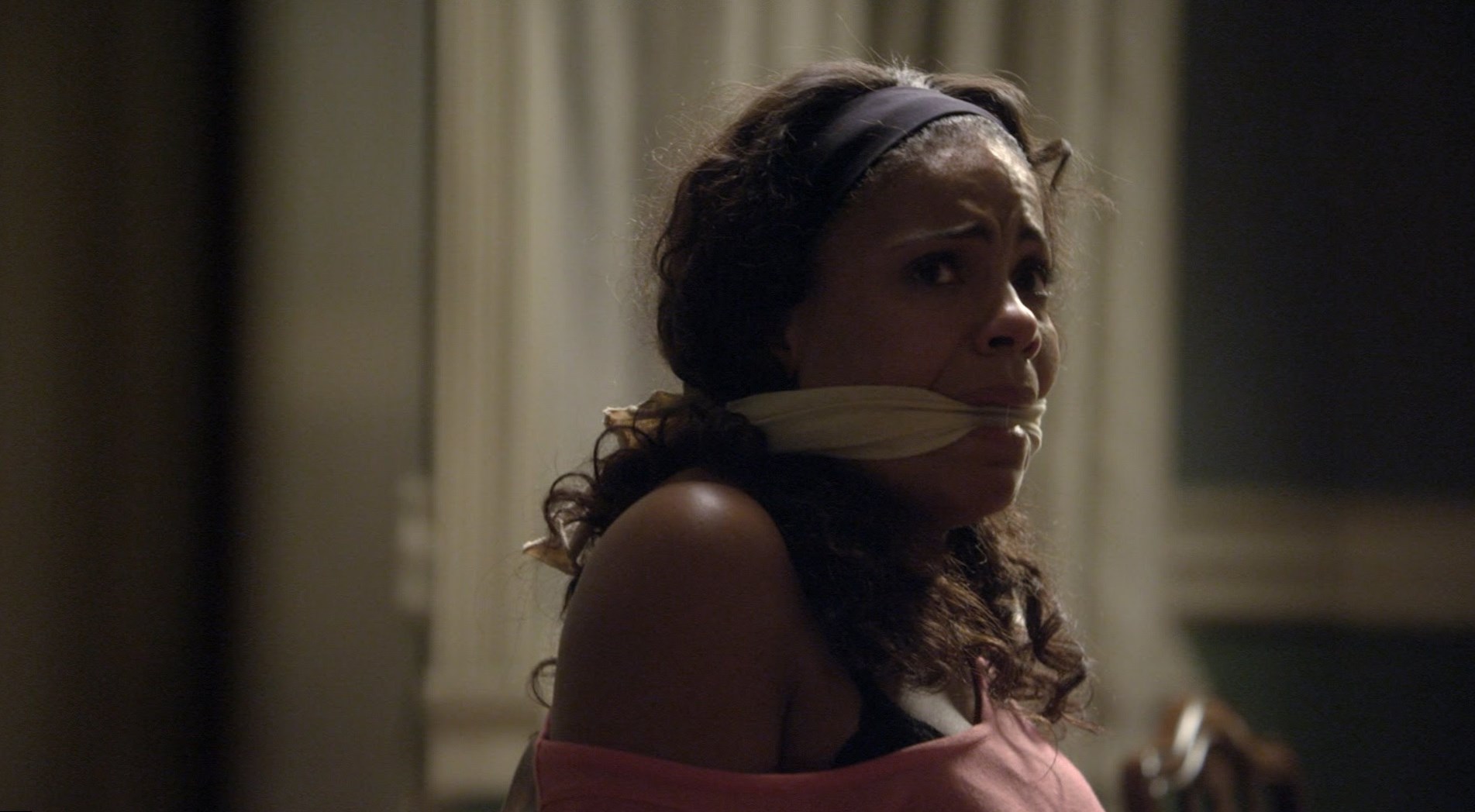 It is the latest movie of an actress. Again she got the title role and coped with it perfectly. Her heroine, Leah, was depressed after the end of her long term relationship. She found another guy, who fell in love with the woman. But his love appeared to be a kind of mania. Leah has to invent the way to split with her boyfriend and not to become his enemy. 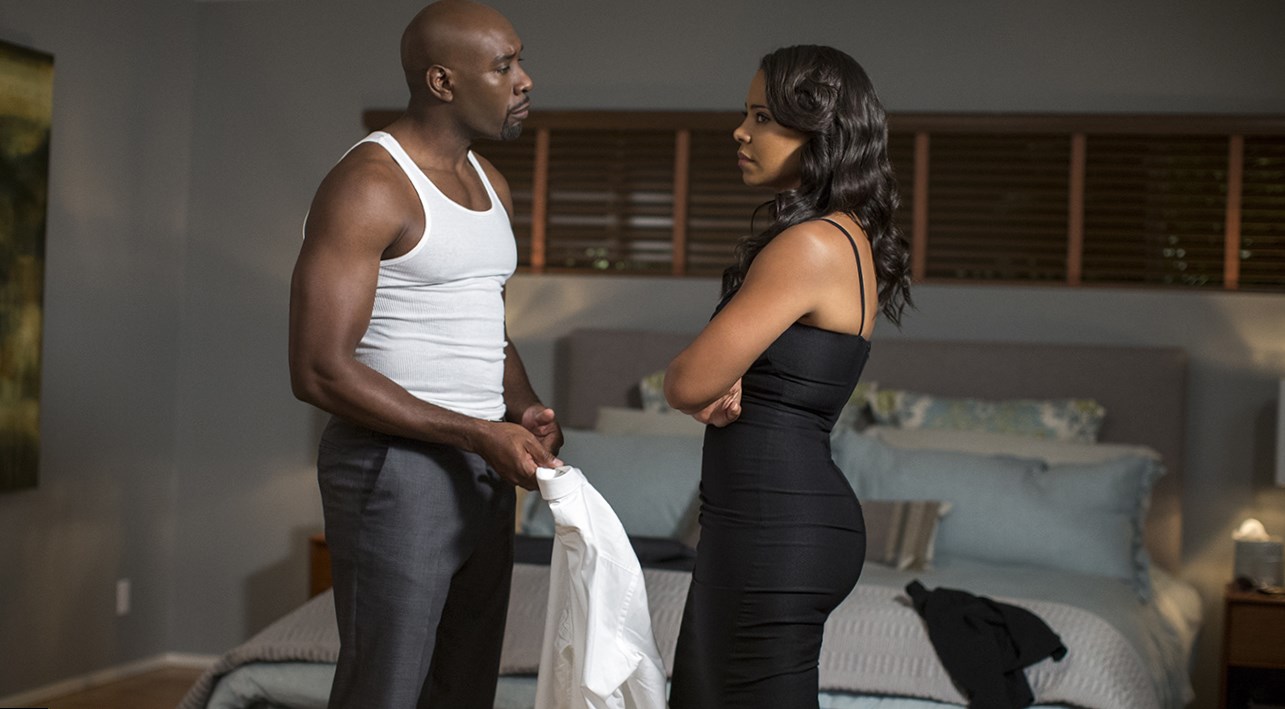 Sanaa Lathan in ‘The Perfect Guy’

Last year the talented actress Sanaa Lathan tried her hand as a producer too. She produced her latest movie “The Perfect Guy”. The actress and producer Sanaa Lathan is very busy with her upcoming movies. She also finds the time to be a wife and a mother.

Sanaa Lathan dating history is long enough. Her personal life is always full of gossips and rumors. Thus not long ago the rumors about Sanaa Lathan baby appeared. In fact, the actress has no children. She is rumored to be bisexual. 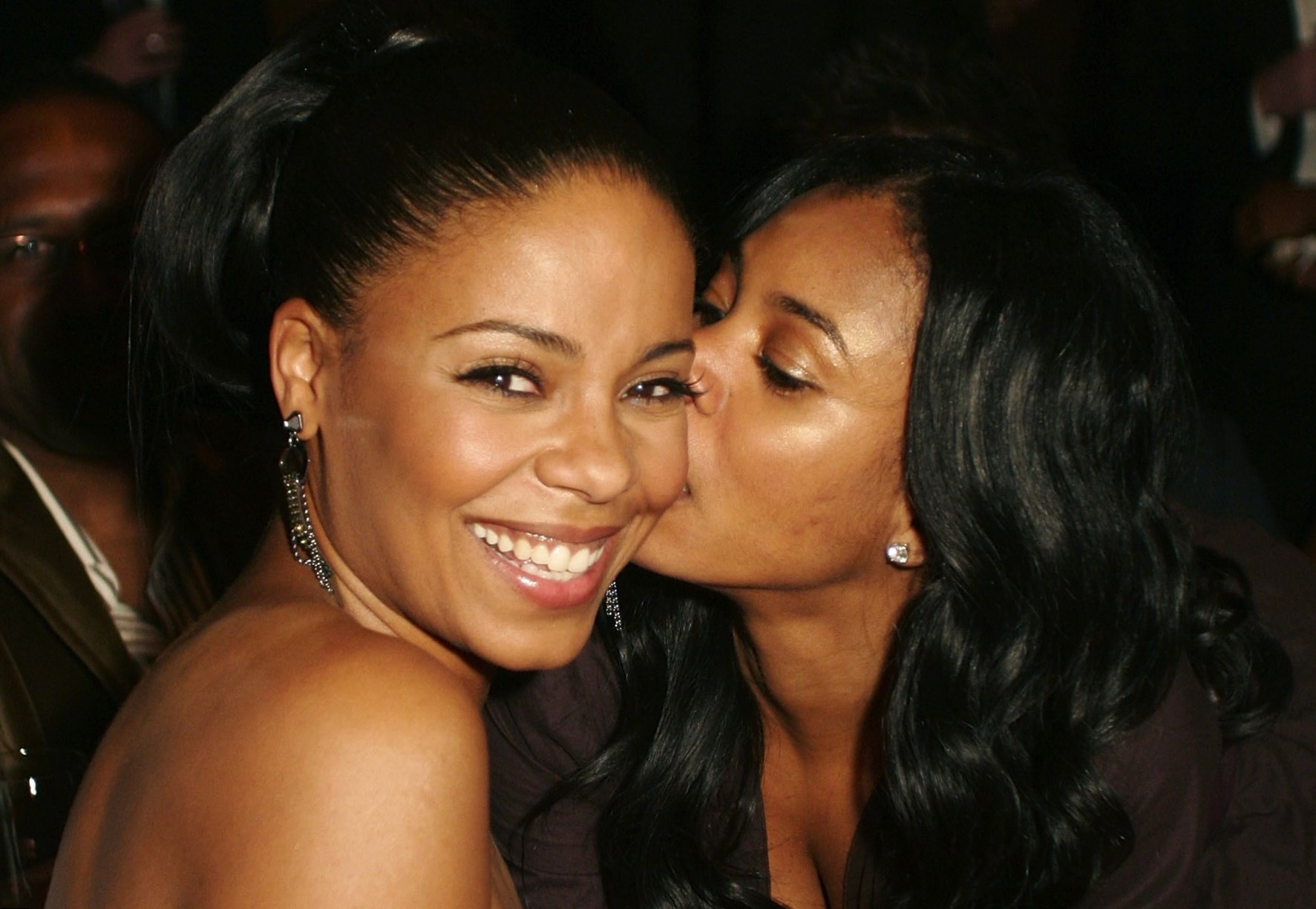 Sanaa Lathan dated both, men and women. She was in love with Regina Hall, Adewale Ogunleye, Steve Rifkind and Terrell Owens.

Was Sanaa Lathan married? Yes, she was. Her husband was Shemar Moore. Sanaa Lathan and husband lived together during 6 years. Then they split. Sanaa Lathan ex husband is now a famous actor, known due to such screen works as “Diary of a Mad Black Woman”, “Kill Me, Deadly” and the others. 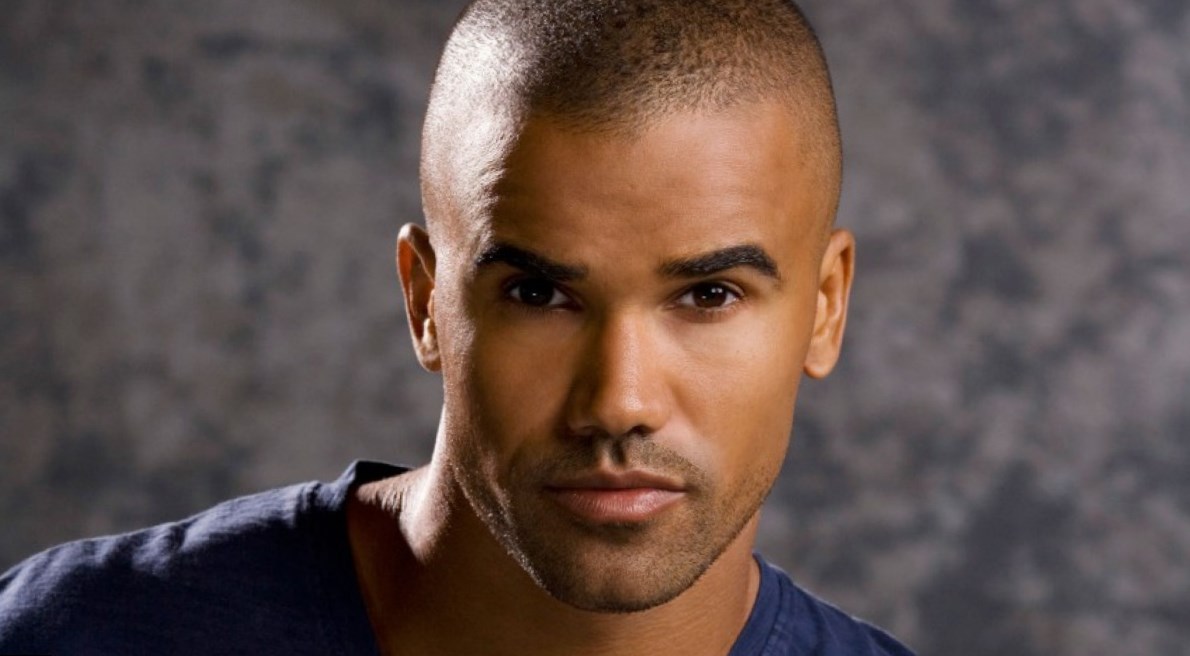 Now Sanaa Lathan is not single. She is dating a rapper French Montana, Khloe Kardashian ex-boyfriend, whom she met due to the other rapper, Diddy. Under the influence of her loved one, Sanaa Lathan decided to try her forces as a singer. Soon she will release her first single. 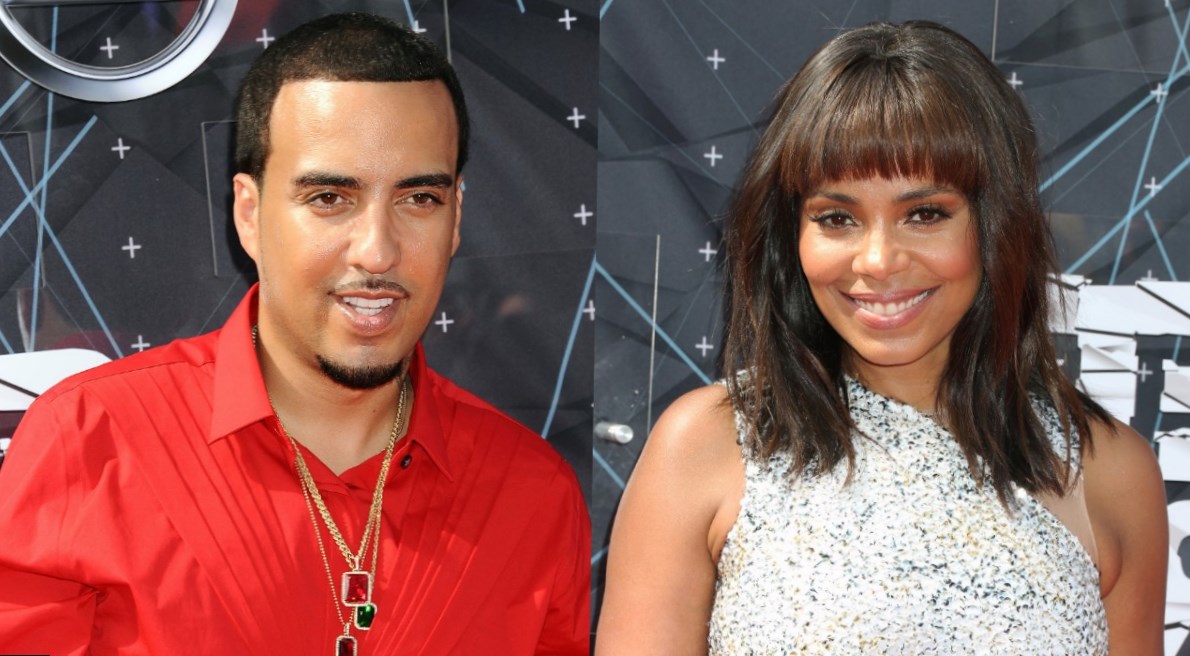 Sanaa Lathan is a successful beautiful actress, who never stops. She tries something new all the time and her energy brings her fame and money. Soon we will see her in new movies and will hear her new songs.