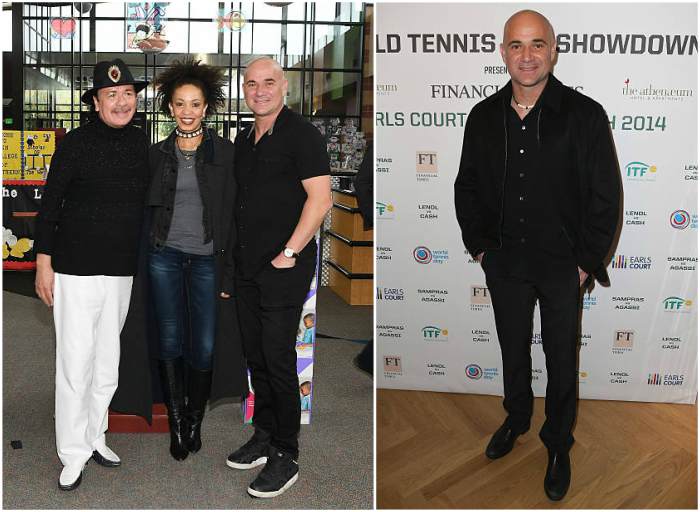 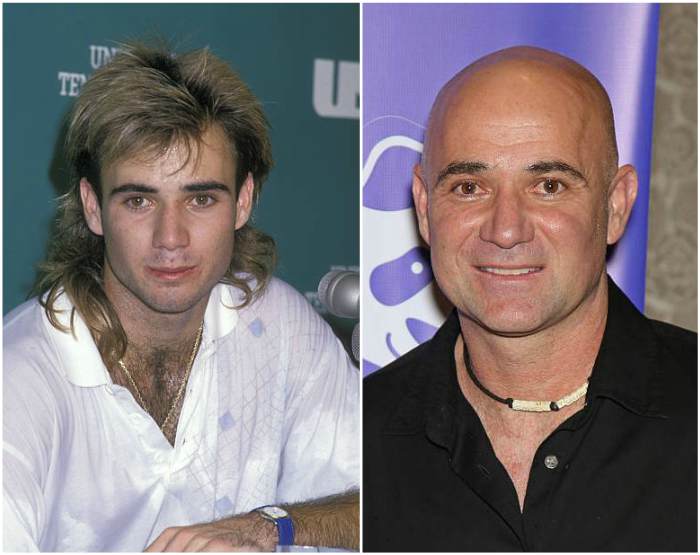 Tennis players are people too and they are also familiar with anything human including gluttony.

Mike Agassi, in his book “History of Agassi” (published in 2004) recalled that his son after his first title in the Grand Slam tournaments ( Wimbledon 1992) decided that he deserved vacation.

Andre relaxed, gave up active exercising, bought the plane on which he flew with his friends to local resorts, and as the result he got to the 31-st place in the ranking.

Besides, considering the fact that Andre Agassi used to be a big fan of burgers and chocolate shakes, his waist and his cheeks considerably widened. But 3-time winner of the Grand Slam title gained even more weight in 1997 when in April he married supermodel Brooke Shields, whom he courted for more than three years.

After the wedding, he arranges long honeymoon having lost all interest in tennis. Andre, of course, came to some tournaments, but left them quickly “taking off” in the first or second round. This pleasure of married life lasted until the end of the season. As a result – 141 ranking position and 11 extra kilos.


Ex-first racket of the world turned to the well-known nutritionist Robert Atkins, who made up a special weight-loss course that was based on a radical restriction of the amount of carbohydrates in the diet with no restrictions of the consumption of protein and fat.

How valid was Atkins’s low-carb diet?

Firstly, the reduction of carbohydrates in the diet allowed Andre to get out of the vicious circle of dependence. Many people are addicted to sweets, flour and starchy foods (potatoes), as well as to caffeine (coffee, energy drinks) and alcohol. The most harmful for the figure are a combination of fat and carbohydrates, such as: pies, cakes, fried potatoes, chips, pancakes with butter, etc.

Secondly, it stabilized blood sugar level which was constantly varying.

Thirdly, mostly protein diet can increase energy costs for digestion. Thus, up to 30% of incoming from protein food calories are waisted for digestion. Low-calorie green vegetables, whose part in the diet is high, are an excellent source of fiber and they also promote weight loss. 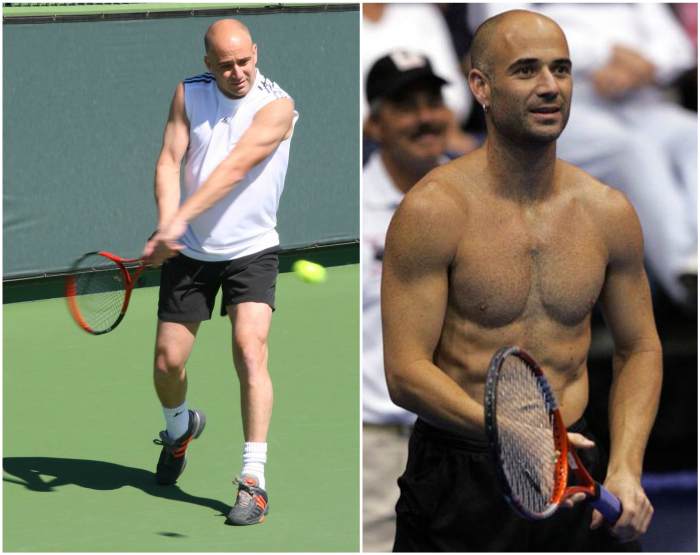 Atkins’s diet consists of four phases: the introductory phase, during which the body gets used to the new state; the main stage that is dedicated to supplying individual needs and characteristics of the organism; friction stage consolidates the results achieved and the fourth one is aimed at maintain constant weight.

Since Andre was not able to give up visiting Mcdonald’s and Italian restaurants, starting from the third stage Atkins allowed him to eat the following: only a single cheeseburger with salad and unsweetened tea, but Andre should have forgotten about pies and cocktails. Besides, he could eat “bare” pasta with olive oil and no seasoning.

The following year, Andre Agassi regained his former shape and position in the Top-10.