Audrina Patridge, a reality show star and TV host, is known not just due to her screen works, but also due to her hair changes. Being called the chameleon of the 21st century, Audrina Patridge never stops amazing her fans with her hairstyle.

Audrina Patridge was born on the 9th of May, 1985 in Los Angelos, California. Her parents are Lynn and Mark Patridge. She has two sisters and a brother as well.

Audrina was very beautiful from childhood, that’s why she dreamed to become a model and an actress. In 2006 she was chosen for the TV show “The Hills” that made her popular. It was a reality show that lasted 6 seasons. It told about the lives of several friends. Audrina Patridge was the only one character, who took part in all 6 seasons.

The central topic of TV show was Audrina Patridge dating. Her relationship with a partner Justin Brescia, that was off and on several times, made the show popular.

When “The Hills” was over, Audrina took part in another popular TV show, called “Dancing with the Stars”, where she occupied the seventh place. In 2011 she started her own reality show, called “Audrina”. Audrina TV show was closed after the first season as it was not successful. 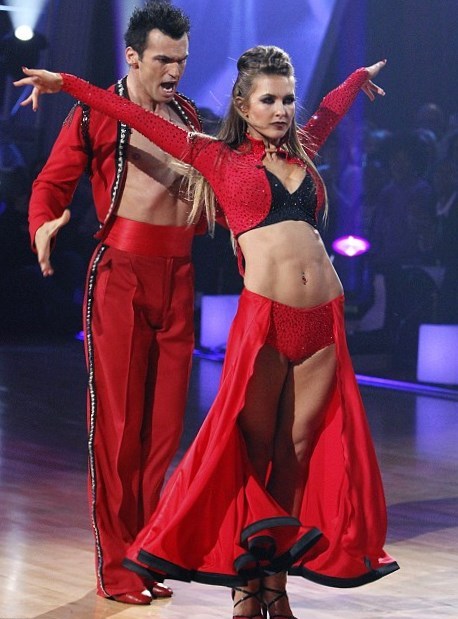 Audrina Patridge hot look helped her to get supporting roles in several movies such as “Into the Blue 2: the Reef”, “The Scary Movie 5” and some others.

If the acting career of Audrina Patridge is not so glorious, her hairstyle is being copied by girls all over the world. Here are the most popular hairdos of the star.

Audrina Patridge hair is naturally brunet. Thus she looked when first appeared on the screen in 2006. In 2008 Audrina Patridge came to MTV Movie Awards ceremony, in a short dark blue dress and wearing silver high heeled shoes. The actress was brunet like in her show “The Hills”, but she had cut the bangs! Audrina Patridge style was valued by her fans. She decided to change the image slightly and break the monotony of long hair, so she has just cut the bangs. Instead of radical changing of hairstyle, she just refreshed her ideal healthy locks and charming hair structure with a new stylish hair accessory – the bangs. 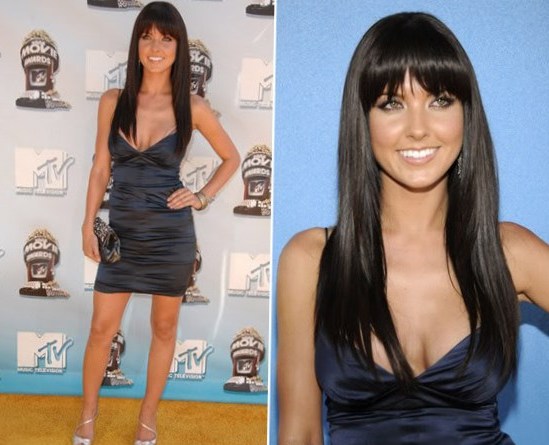 Audrina Patridge visited Grammy Awards ceremony in 2010. The star had thick and extremely healthy hair that gave her an opportunity to create various hairdos. That very year the actress made side swept updo.

Audrina likes experiments. She takes some popular hairdo that has been known for ages, and adds some stylish change to it. That slight change helps the actress look different from all the others.

For Grammy Award in 2010 instead of classical bun, Audrina arranged her milk chocolate hair into side swept bun. The actress let a few pieces lose on purpose to create casual home style just on the red carpet. To look even better she used golden eye shadows for her light brown eyes and bright red lipstick. And she looked marvelous! 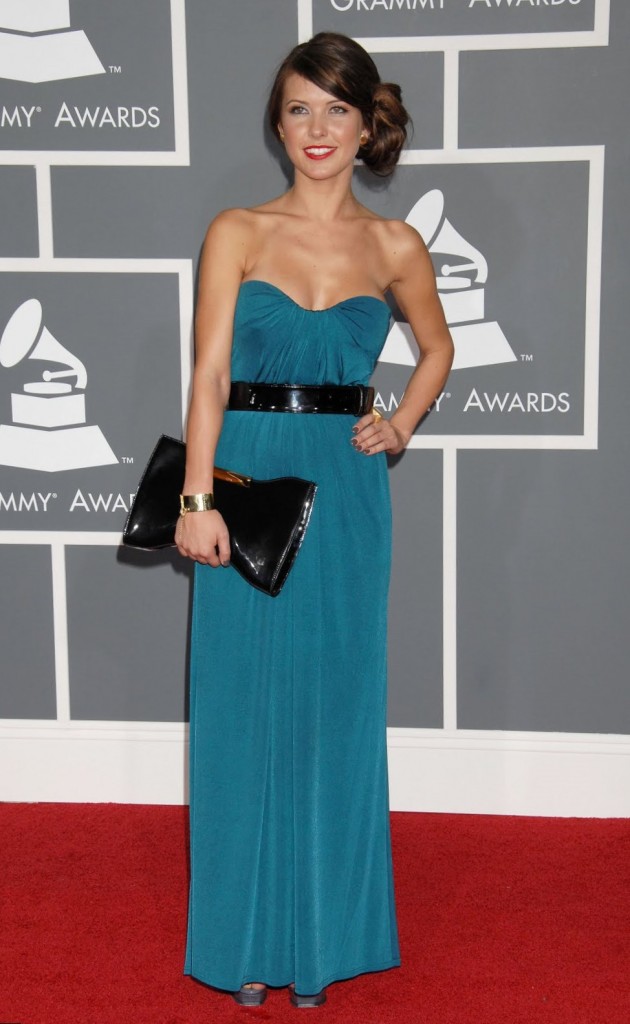 In 2012 Audrina Patridge made a deal with Curve Fragrance that she liked from High School, as she told in her interview. In February, 2012 she visited Curve Fragrance party in Las Vegas. The star looked extremely sexual in her shirt lilac shining dress. Her hairdo was also worth attention. She made a side pony tail, voluminous and curvy. She used texturising spray to create that hairdo. Audrina looked great, as she always did.

Audrina Patridge changes her hairdo all the time, but in January she decided to change the color of her hair. The star chose the fashionable lilac shade for her locks. It took her 8 hours to make the new hairdo, but the actress was patient enough as she was so eager to try that new image. Audrina Patridge hair color was discussed by her fans. The fans liked the new look of their favorite actress.

Audrina colored her hair in the beauty salon. Hair guru Briana Cisneros helped Audrina to do that transformation. The color of Patridge’s hair was quite hard to define exactly. Briana called it “a champagne blonde and light powdery lilac”. Audrina liked the new color of her hair so much! She told, she was going to do something funny with her hair and that lilac shade was the thing she was looking for!

In November, 2015 Audrina Patridge managed to surprise her fans one more time. She became pure blond. Besides the actress cut her long hair and got short “lob”. It was a real challenge for an actress to make a haircut as she was always known for her long hair and various updoes she made. Now the actress has short hair, so she has an opportunity to try new stylish possibilities! She put the photo with new blond hair cut in instagram. Now she had thousands of compliments from her fans. 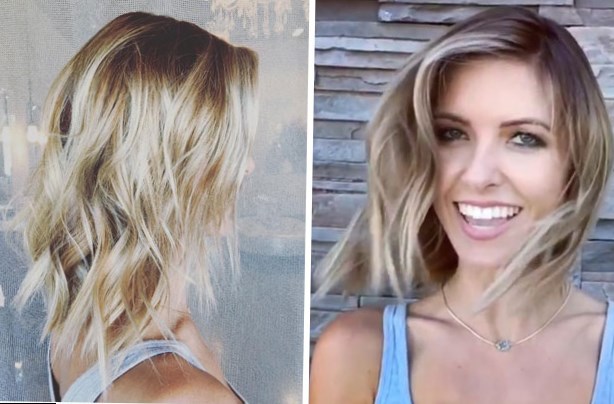 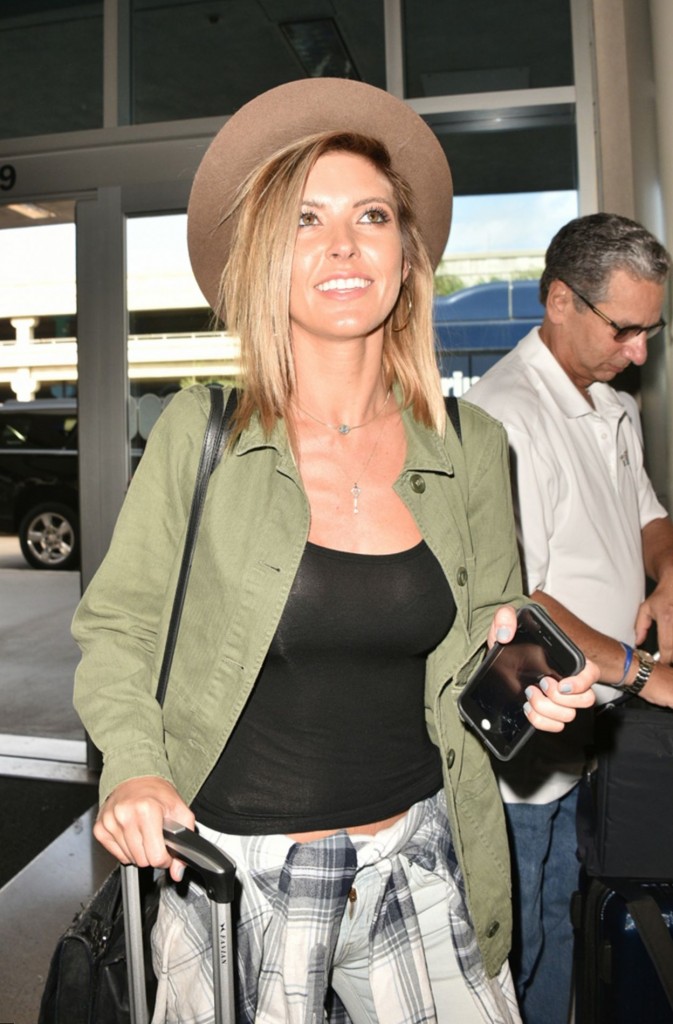 Audrina Patridge shows to the girls all over the world that they shouldn’t be afraid to change their image!

Audrina Patridge Interview: The Hills Star on Style and Beauty!